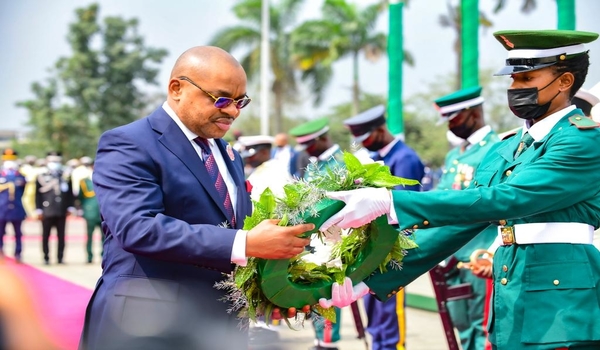 Akwa Ibom State Governor, Udom Emmanuel has called on politicians in the country not to whip up sentiments that are capable of heating up the polity.

Udom further appealed to the citizens to be mindful of tendencies that could strain the cords of unity of the country especially as the nation approaches another electioneering season.

He made the appeal at the 2022 Wreath Laying and Armed Forces Remembrance Day, at the State Cenotaph in Uyo, the Akwa Ibom state capital.

The Governor urged Nigerians to embrace peace, stressing that behaviours that do not promote peace are inimical to the unity and growth of the nation, and which recedes the sacrifices of the fallen heroes who voluntarily paid the supreme price for the survival of the nation.

“As we get ready to elect our next set of leaders, let us be reminded that national interest should and must triumph over our personal or group interest and those things that may heat up the polity and strain the cords of our unity must be avoided.

“Let me use this opportunity to appeal to our people to eschew tendencies that helped provide the ferment for conflicts.

“The brave warriors we are honouring today, believed in something, an idea or causes higher than their personal or collective interest, and that’s why they elected through volunteerism, not by conscription to sign up to fight for the preservation of our territorial integrity against foreign or domestic enemies”, he said.

And while appealing for accommodation and appreciation of differences and the use of dialogue to resolve issues, Governor Emmanuel said: “We are a nation rich in diversity, and our diversity should represent our strength and not platforms to enlarge our fault lines or differences.

“God has given Nigeria all that is needed for success. We must learn to jaw-jaw instead of war-war,” he stressed.

The governor expressed appreciation over the collaborative efforts of the various armed forces to mitigate criminal activities in the state, saying it has contributed to the status of the state as the most peaceful in the country.

According to him, besides the building of 168 blocks of flats for the officers and men of the Nigerian Army Battalion located in Ibagwa as well as water reticulation to provide potable water for residents of the barracks, his government has redeemed the promise of One hundred million nairas (N100,000,000.00) grant to the widows of the fallen heroes in the state.

“We are determined to intervene in other quality of life projects. This is, just a little effort on our part to show that we appreciate the sacrifices the men and officers of the Nigeria Armed Forces are making to keep us safe and secure”.

Among the high points of the event was wreath-laying by the governor, senior military and civilian personalities, gun salutes, parades, signing of condolence register in honour of the fallen heroes, as well as the release of pigeons, signifying peace. 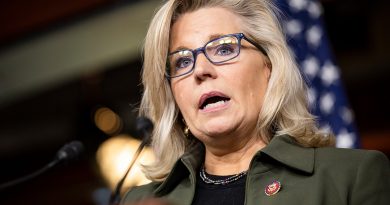 NCFront flays APC over claim to rule for 32 years