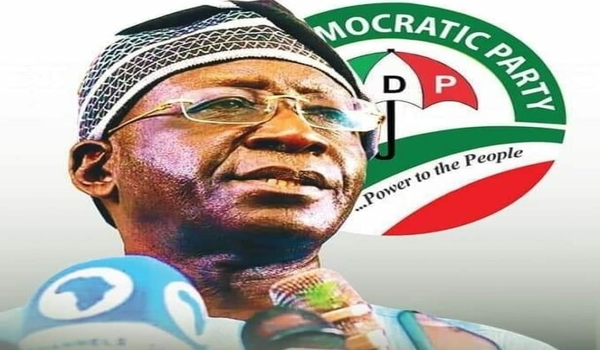 The judgment by the Federal High Court in Kano on June 3, 2022, that there can be no valid party congresses or conventions in Nigeria without “statutory delegates”, may have put to rest the recent controversy generated by section 84(8) of the Electoral Act, 2022. But it may have also opened many eyes to the grave danger some states, like Akwa Ibom, have fallen into!

Amidst confusion created by President Muhammadu Buhari’s refusal to sign the recently amended Electoral Act, 2022, which sought to elaborate on the components of section 84(8), to include statutory and ad-hoc delegates, some parties had gone ahead to conduct congresses with only the latter category of electors.

However, some statutory delegates, led by Senator Mas’ud El-Jubrin and two others, on May 24, 2022, approached Justice A. M. Liman in SUIT NO. FHC/KN/CS/137/2022 to challenge that rash action. The APC, INEC, and the National Assembly were the defendants.

In a one-paragraph judgment, His Lordship ordered: “That Section 84(8) cannot be interpreted to have excluded statutory delegates from voting at the convention, congress or meeting by virtue of Section 223 of the 1999 Constitution (as amended) and Article 20(iv)(c) of the All Progressive Congress (APC) Constitution, which allow Statutory Delegation to vote at the convention, congress or meeting”.

While the judgment had a sobering effect on some party buffs, it elicited much joy among statutory delegates who felt aggrieved and disenfranchised by their parties which had sidelined them during recent conventions.

The impact of Justice Liman’s judgment in the coming days is expected to be volcanic and tsunamic, particularly in Akwa Ibom State where a similar case has been instituted already by some aggrieved statutory delegates.

So, aligning the Kano Federal High Court case that culminated in the judgment with the same scenario in Akwa Ibom where against all entreaties-protests, legal advice, and court order, the State PDP still went ahead to conduct primaries with only Adhoc delegates, observers say the ruling party in the State may have pushed a self-destruct button.

Obviously irked by what they considered as insensitive by the Akwa Ibom PDP, Jeremiah Otu Inyang, along with two others (representing themselves and other PDP statutory delegates), have approached a Federal High Court in Abuja in SUIT NO: EHCIABJICS/75 B022 for some reliefs.

The case billed for hearing on June 7, 2022, according to a source, was filed on May 30, 2022, with INEC and PDP as defendants. There are four specific issues for determination and about six reliefs sought.

The issues for determination include: whether it was a proper interpretation of Section 84(8) of Electoral Act 2022 for PDP to exclude them (statutory delegates) from voting in the recently concluded primaries.

And arising thereof, they sought as well a determination of whether with combined provisions of Section 84(8) of the Electoral Act 2022, Sections 25 (2),(4), (5) (6),(7) of the PDP constitution, a valid primary monitored by INEC can be conducted without the requisite quorum of democratically elected party delegates.

BRIEF
The primary document to be scrutinized by the court towards arriving at an acceptable outcome is Section 84(8) of the Electoral Act, 2022 which states: “A political party that adopts the system of indirect primaries for the choice of its candidate shall outline in its constitution and rule the procedure for the democratic election of delegates to vote at the convention, congress or meeting”.

It must be noted that in States, “statutory delegates” are in two categories: those who merit the categorisation because of their specific political offices while still in the party. The second category comprises those who belong there by virtue of their direct election into party offices – like the five selected ward officers, 18 chapter officers, state executives committee members, etc.

The relevant sections of the PDP Constitution – Sections 25(2)(4)(5),(6),(7) – empower the State Congress, populated by the delegates, to elect for the party the candidates for governorship; the State House; the House of Representatives and the Senate. While Section 84(8) of the Electoral Act talks about parties outlining “the procedure” for the democratic election of delegates, Section 25 of the PDP Constitution seems to have complied with that already.

Another issue is that excluding statutory delegates raise a fundamental constitutional breach. That is because it would be impossible to form the required quorum with only Adhoc delegates of about 1,000 in Akwa Ibom, whereas the sum of the combined statutory and ad-hoc delegates is over 4,000.

LIKELY OUTCOMES
Should the court agree with the plaintiffs in the Akwa Ibom PDP matter, then it would be expected to declare, based on the combined provisions of Sections 83(3), 84(8) of the Electoral Act, Articles 25; Part 10, Article of the PDP constitution; that PDP cannot lawfully conduct congress and primary elections monitored by INEC without the requisite quorum of democratically elected statutory and Adhoc delegates.

The court is also expected to declare the exclusion of PDP statutory delegates from the primaries as illegal since their functions include being delegates to the State Congress for voting in any PDP primary election.

The plaintiffs also sought a declaration that all the PDP primaries conducted this year, towards producing candidates for the various elective positions for next year’s election are in breach of the electoral act, the PDP Constitution, and are therefore defective, wrong, illegal, null and void.

The court is also expected to stop INEC from recognising or accepting candidates produced from these defective primaries for inclusion in the general election of 2023.

They also asked the court to order PDP to conduct a fresh state congress and primary election for the proper nomination of candidates for the state House, House of Representatives, Senate, and Governorship.

According to Section 84(13) of the Electoral Act: “Where a political party fails to comply with the provisions of this Act, in the conduct of its primaries, its candidate for election shall not be included in the election for the particular position in issue”. What this means in the case of Akwa Ibom State is that there will be no candidate for Governorship, Houses of Assembly and Representatives, as well as Senate, should the court grant the prayers of the aggrieved Akwa Ibom PDP statutory delegates.

Reacting to the news of the pending court case, pundits, who pointed out the similarity in the two cases ( Kano and Akwa Ibom), were quick to warn of the imminent danger the PDP in Akwa Ibom State faces in the coming days. They argued that PDP in its rash decision may have inadvertently pushed a button for self-destruct or “shot itself in the eyes”.

One party official who spoke on condition of anonymity on Sunday admitted that the party shot itself in the foot by bowing to pressure from some overbearing state governors which has now resulted in the current imminent risk of not fielding any candidate in next year’s election.

A lawyer, Manfred Ekpe, recalled that he had before now warned in his legal analysis that PDP may not field any candidate in the next year’s election because of the faulty pre-election procedures.

“I’ve made several legal analyses showing how statutory delegates are not excluded from voting in primaries under section 84(8) of the Electoral Act as wrongly interpreted by the PDP. I stressed that using only ad-hoc delegates met no quorum of a two-thirds majority of delegates as required by law, thus rendering the entire PDP primaries a nullity.

” I kept hammering, even before the conduct of those primaries, that the court may nullify the primaries, and PDP may field no candidates for next year’s election, he recalled. 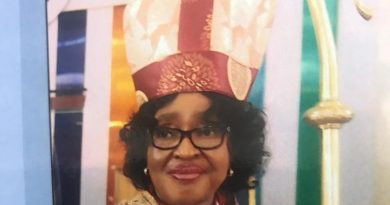 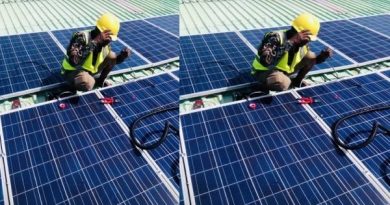 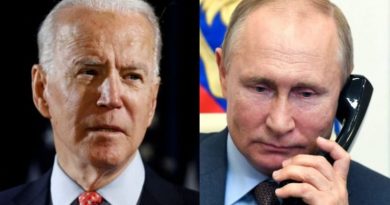 Biden says US will respond if Russia invades Ukraine