As Octogenarian Imam, Shields 300 Christians in his Mosque.

In our proceeding edition, back page, was titled paradox. The killings by herdsmen particularly in the Middle Belt States and a graffiti titled “Herdsmen killing in Plateau State” was the feature.

In the unfortunate incidence that drew wide condemnations from several and diverse quarters because of its scale, Imam Abdulahi Abubakar unknowingly had saved more lives than the number of persons that were reported killed. It was alluded though with conflicting reports, that less than 250 people were murdered aside those maimed in the herdsmen invasion of three communities in Barkin Ladi local government area of Plateau State. Whereas the 83 years old Imam is reported to have saved 300 persons of Christian flock whom he hid in his mosque that fateful day.

The story has it that Imam Abdulahi Abubakar took in about 300 Christians fleeing from their homes in search of safety. It is reported that when the assailants confronted him, he lied that nobody was in his mosque. It is wrong though to lie but if one lies to safe life, it is divine.

It is heartwarming that the Plateau State governor, Simon Lalong has recognized this outstanding feat by honouring him. We hear that president Muhammadu Buhari wants to honour him as well. This is a good gesture on the part of the government that will encourage people to offer selfless service for the sake of humanity. There have been previous evidences that some Nigerians have rendered services to save lives of fellow Nigerians. We suggest that others that have distinguished themselves in one way or the other for the sake of humanity should be accorded recognition by government and awarded national honours.

Security details of the state, probably under cover, should be extended to the Imam as the assailants, including fundamentalist, would be on his trail, if he was caught, he would have been treated as a saboteur and would have borne the consequence which is death. He has staked his life once, a second should be avoided.

It has been observed in this whole saga of herdsmen craze that the Federal government has not been critical and progressing at the expected momentum to nib in the bud activities of these criminals. We in The Lens aligns with what has been driving the conversations in the media which is the need for the FG to fish out and bring to justice perpetrators of this heinous crime on the people of Nigeria.

This show of love and bravery from Imam Abdulahi Abubakar, is a direct message to Nigerians across both dominant religions to be tolerant of one another and be their brother’s keepers as none of them condones shedding of innocent blood. 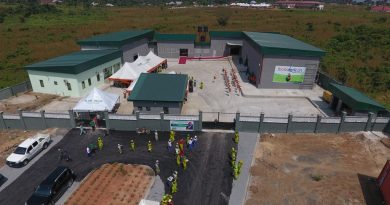 6 thoughts on “A Call for National Rebirth.”