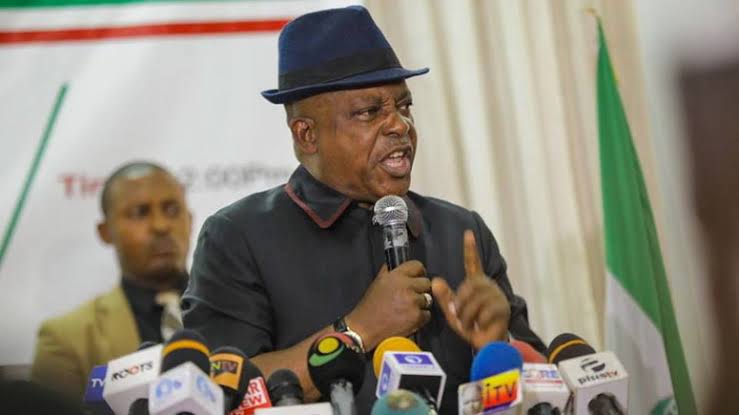 Again Uche Secondus has been sacked as the National Chairman of Nigeria’s opposition People’s Democratic Party (PDP), this time by a High Court in Calabar, the Cross River state capital.

The court granted an interim order restraining Mr Secondus from resuming office as the national chairman of the PDP.

He was also barred from presiding over any meeting of the party until the motion is heard.

Edem Kooffreh, the presiding judge, gave the order on Friday, while ruling on a motion ex parte marked HC/240/2021, and filed by Enang Wani.

The PDP were also restrained from recognising or granting Secondus the powers due to the office of the national chairman.

“An order of interim injunction restraining the second defendant, its members, officers and agents from recognising the first defendant as its national chairman or from according him any of the powers, rights or privileges due to the holder of the office of the National chairman of the 2 Defendant pending the hearing and determination of the motion on notice,” the ruling reads.

Kooffreh also ruled that the notice of the ruling be served to the parties by substituted means by “pasting at the entrance of the national secretariat of the Peoples Democratic Party (PDP) at Wadata Plaza, Plot 1970, Michael Okpara Street, Wuse Zone 5, Abuja, in the Federal Capital Territory of Nigeria and by publication in two (2) National Newspapers in Nigeria”.

The PDP is still enmeshed in crisis with multiple courts judgment frustrating peace-making efforts by the party’s leaders.

A high court in Rivers state on Monday granted an interim order restraining Secondus from parading himself as the national chairman of the party. 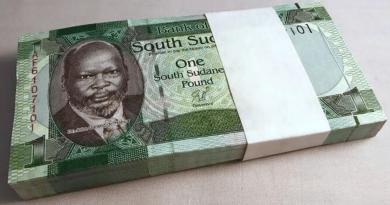