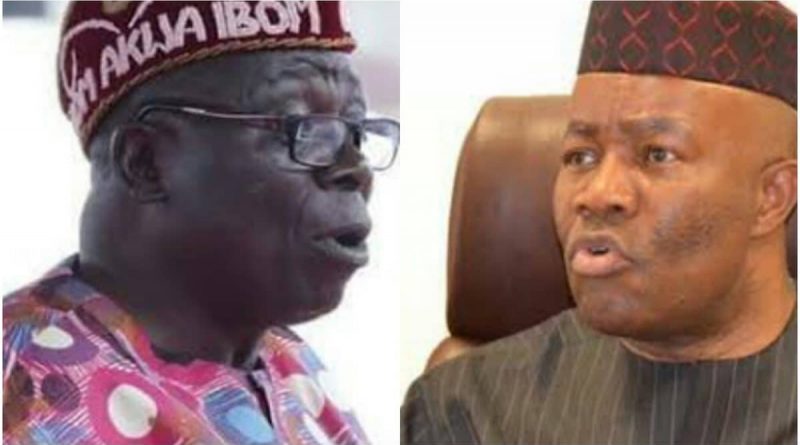 Battle ground for soul of the state

And the anxiety and desperation especially among the top gunners for the ticket to represent the senatorial district in the upper chamber of the national assembly in 2019 stands it out the more.

It was reputal last week that the deputy governor, Mr. Moses Ekpo along with other government officials were attacked in Essien Udim by suspected hired thugs during the defection of the All Progressives Congress members to the PDP.

The emergence of these two high profile individuals as flagbearers of their parties sets the tone for the kind of political engagement that is expected to play out from the senatorial district in 2019. Senator Godswill Akpabio needed a window in his new party for 2019 elections and he got it. The incumbent, representing the zone at the moment under the All Progressive Congress party ticket and his main challenger, Engr. Chris Ekpenyong, who is seeking a fresh mandate under the People’s Democratic Party ticket, makes the setting in this senatorial zone even more interesting because of the antecedents of the players involved.

Indeed, the zone would be a hotbed as more of these acts of desperation is expected in the days ahead as we edge closer to the general elections in 2019. This kind of geo-political flash would sure shape the Akwa Ibom polity in 2019 general elections as all the developments in the state are interconnected. These and other unmentioned reasons in my reckoning makes this senatorial district the battle ground for the soul of Akwa Ibom State.

Senator Akpabio, a one-time governor of the state who has been in the corridors of power at the state and federal levels for a reasonable stint now, has been embroiled of recent in consistent manna, in controversy by his utterances and actions. I recall how he was roundly criticized in Akwa Ibom, particularly from his political base over his defection some weeks earlier. A parallel rally was held in Ikot Ekpene where the earlier support given to him from the zone for a second term at the red chamber was withdrawn. And even the more recent spitting of fire by aspirants to the senatorial office from Abak federal constituency did not recede his chances of emerging as the flag bearer of APC from the zone. Hon. Ekperikpe Ekpo, a former chairman of Ika local government area and member of the House of Representatives, now senatorial aspirant under the APC platform had while addressing the people of Abak 5 under the umbrella of Abak Redemption Movement, said Abak federal constituency have come of age to produce a senator after being unjustly marginalized for 58 years as it remains the only one in the country that have not produced a senator. Otuekong Inibehe Okori, an aspirant as well who earlier lost to Akpabio in the 2015 senatorial poll said in politics, Akpabio is an underdog. Again the party stalwarts from the zone had endorsed Okori ahead of the APC primaries. Ordinarily, these tough talking and several condemnations of senator Akpabio are enough to make one naively wonder how much of a window Akpabio may still have to scale these obstacles. But against these seeming setbacks, it was recently reported that senator Akpabio led some APC stalwarts and statesmen from the state on a high profile visit to president Buhari in Abuja. It does appear that notwithstanding his over incarceration, senator Akpabio is seemingly forging ahead in his political influence. I guess the reality here and one of the key take away for me as well is that senator Akpabio still has the ace to pool the strings in Akwa Ibom North West senatorial district.

Engr. Chris Ekpenyong is a former deputy governor of Akwa Ibom under Arch. Victor Attah’s administration. He is from the same federal constituency with senator Akpabio and was reported recently to have tong lashed Akpabio for what he described as campaign of calumny against him saying he would unleash damning records of Akpabio’s secret deals if pushed to the wall. He has been out of the corridors of power for about twelve years and so may not quite have the financial clout needed for this magnitude of contest to confront senator Akpabio in the race for the heart of the senatorial district. But he does have the pedigree and political doggedness to match senator Godswill Akpabio. However, as a government nominee going by the nature of his nomination, his track in this regard will be covered.

The coherent explanation for the proxy challenger in governor Udom Emmanuel is drawn from this trajectory of possibly being involved in the financing of Ekpenyong’s political ambition. Until recently when the cold war came to public lime light between senator Godswill Akpabio and governor Udom Emmanuel, relationship between the duo have since gone sour. In the aftermath of the former’s defection to the APC, Udom Emmanuel had in what would suffice as the official narrative of government said in response to Akpabio’s many inconsistent statements that “we rebuke all those who are saying that the politics of 2019 will be like Hitler’s invasion of Poland… I refused to show anger when provoked”.

The height of the stake in this proxy war is in the implication of the outcome. The pseudo war between these political foes is a high stake battle with contestants well aware of the implications of success or failure at the poll.

Akwa Ibom at the moment is a PDP state. The ruling APC government have been working behind the scene to poach the state with Akpabio as the arrow head. As the general elections draws near, the anxiety and desperation among the two dominant parties to grab and extend their political influence in the state heightens. And for senator Akpabio, retaining the senatorial seat is non-negotiable and a path to advancing the influence of the All Progressive Congress in the state. Indeed, it is a test of his political clout and influence in the senatorial district vis-a-vis the state.

The People’s Democratic Party led government in the state I suppose is not unaware of the importance of the senatorial district to its political grip of the state. I think the government should have known already that the outcome of this geo-political flash will sure shape the polity in the state in 2019 as all the developments in the state are interconnected. The choice of Engr. Chris Ekpenyong as the party’s representative in the zone is not only deliberate but strategic as well. Ekpenyong has what it takes to match senator Akpabio in the geo political contest. The PDP government would likely support him substantially to facilitate his run for the elective office.

A political survey of the senatorial district to periscope the chances of these two anointed candidates of the APC and PDP respectively, offers near equal opportunities for both candidates. The zone is made up of four federal constituencies and ten local governments. Both aspirants are from the same federal constituency – Ikot Ekpene, Essien Udim and Obot Akara. The permutation here is that while both aspirants may likely hold onto their ancestral bases, Essien Udim and Obot Akara, Ikot Ekpene is open for the aspirants to rustle votes. Abak is a swing federal constituency with huge number of votes that has the potential to flip the poll in favour of any of the candidates that secures it as a block. The duo of Ini/Ikono and Oruk Amam/Ukanafun becomes the battle ground because of their neutrality which is drawn from their none participation in the race.

An attempt to x-ray the political clout of the duo as a window to capture the likely political imagery of the geopolitical district ahead of 2019 general elections is not only tasking but germane. It is pretty difficult to figure out because politics is sometimes not really what it seems given the interplay of several extraneous variables. Unarguably, it would be a long, uncertain journey ahead for the principal gladiators.

Akpabio has over these reasonable long stint in politics and governance acquired requisite skills that should translate to political leverage over his opponents. Added to this is his deep pocket to facilitate his access to the electorates who have been taken advantage of severally by Nigerian politicians. Indeed, he is at home here as an apostle of what money cannot do; more money can do. But he has stoked much tribal anxiety and disaffection before and after his defection which may hurt his political interest. The seeming quiet and esprit de corps in the state APC which facilitated his emergence is in my thinking a grave yard consent. We know from antecedent that political relationships in Nigeria are transactional. What do one make of his frosty relationships sustained over many years with high profile individuals in his party like Nsima Ekere, John Udoedeghe and Okon Umana among several others. The transactional negotiation I suppose played out handsomely in the withdrawal of Hon. Ekperikpe Ekpo and Inibeghe Okori, both co-aspirants who believed it was the turn of Abak federal consistency to occupy the senatorial seat. Given the extent of disapproval prior the consensus arrangement which sidelined Ekpo and Okori in favour of Akpabio, it seems to me a ruse consensus was arranged because there is a possibility depending on unfolding events in the days ahead for the “victims” to go from backslapping to backstabbing which would mar his chances at the poll. A hypothetical situation may arise where electorates in the federal constituency see the actions of their representatives as betrayal of their mandate resulting in protest votes. Protest votes wherever it occurs from global antecedents are forceful and impactful, fueled by populist garb. I think this singular decision of the duo could have damning consequences on Akpabio’s senatorial ambition. I can go on and on and on. The baggage’s pointing his direction are indeed myriad.

Engineer Chris Ekpenyong on the other hand has been out of government and public glare for a long time. This scenario has shielded him substantially from public scrutiny. There may be some flaws here and there in his past conducts in government but I do not think they are serious enough to cause backlash on his senatorial ambition.

In all of these, it remains to be seen what will happen in 2019 when the duo faces the poll. The electorates and by extension the people of Akwa Ibom North West Senatorial District will decide in 2019 which of the candidates they want and this is the strength of democracy. 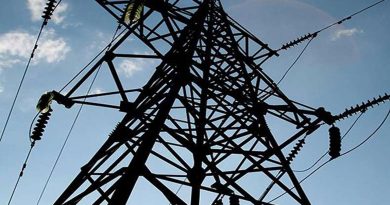 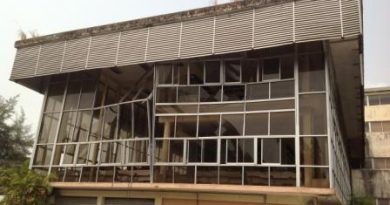 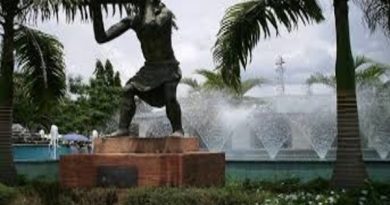 Akwa Ibom 2023 Elections: …even GOD is a democrat; inclusion is the way forward