Akwa Ibom State governor, Mr Udom Emmanuel has called on the United States and its investors to partner with Akwa Ibom in the development of the Ibom Deep Seaport project.

He made the call when the Chief of Political and Economic Affairs of the United States Consulate in Nigeria, Mr. Brandon Hudspeth visited him on Monday at Government House, Uyo as part of his tour of the Niger Delta region.

Represented by his deputy, Mr Moses Ekpo who explained that the Seaport is conceptualized and programmed to become the flagship of the shipping industry in this part of the world, leveraging on its strategic location which is a window to other worlds as well as natural draught to berth ocean liners and other vessels with deep draft.

He further observed that the United States have enjoyed a very robust bilateral relationship with Nigeria since the nation’s independence, adding that huge investment opportunities abound in the state for American investors to take advantage.

He assured the US envoy that the peaceful environment of the state which according to him is the best in the country for investing, offers the U.S. added business ambiance to invest in the enormous business opportunities in Akwa Ibom especially the Ibom Deep Seaport project which has already received FG; s approval.

The Governor as well referenced Exxon Mobil as an American company already enjoying favourable business environment in the state, urging the Consulate to encourage the oil major to relocate its headquarters to the state as a way of encouraging other international oil companies, IOC’s, especially as the government has invested heavily in state-of-the-art facility that are compliant with global standards.

According to the governor, his administration is people-oriented with strategic programme to promote the well-being of the citizenry and thanked the US government for the initiative to visit Akwa Ibom with a promise to offer necessary cooperation to facilitate foreign direct investment into the state.

He also used the opportunity to appreciate the American government for endorsing the candidature of Mrs Okonjo-Iwela for the position of the Director General of the World Trade Organisation, WTO.

The Chief of Political and Economic Affairs of the US Consulate in Nigeria, Mr Brandon Hudspeth said he was in the state as part of his tour of the states in the Niger Delta region of Nigeria, informing that it was a show of his country’s interest in the region.

He stressed that the visit was intended to strengthen the relationship between the states in the region and his country, noting that to achieve such, he hoped to interact, discuss and have better understanding that would create further mutual benefits for the two countries.

He condoled the state on the demise of its former military governor, Otuekong Idongesit Nkanga and prayed for the repose of His soul.

He thanked the team for flagging off its visit to the Niger Delta region with a call to the state first and wished them a successful tour of other states in the region. 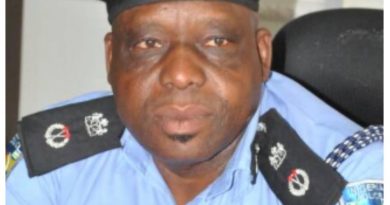 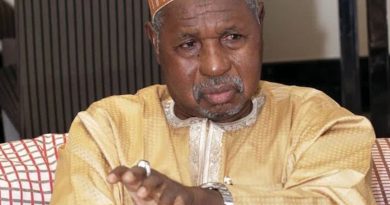