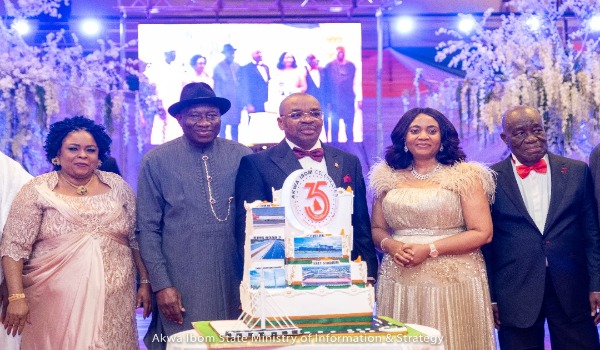 Former President of Nigeria, Dr. Ebele Goodluck Jonathan has showered encomium on Akwa Ibom Governor Udom Emmanuel and other leaders of the state in their various contributions to the milestone achievements recorded by successive administrations since its creation, thirty-five years ago.

He was the Special Guest of Honour, during the State Banquet, organised by the Akwa Ibom State Government on Saturday, 24th September 2022, at the Ibom Icon Hotels and Golf Resorts, Uyo as part of activities marking the 35th-anniversary celebration of the state.

According to the former President, there is visible improvements in the areas of physical infrastructure and other basic amenities across Local Government Areas, within the period of thirty-five years.

” I will say that Akwa Ibom State, which was carved out of the old Cross River State is one of the states that has met the expectations of her people in fulfilling the reasons for her creation. If you have been coming to Akwa Ibom within these periods of thirty-five years, you would agree that people from the state would always thank God for the creation of this state “.

While commending the efforts of the current Governor of Akwa Ibom State, Mr. Udom Emmanuel in laying a solid foundation for future development of the state, Jonathan called on politicians to shun politics of violence and division, and team up with the Governor to ensure that the state continues to remain a center of positive reference.

” Governor Emmanuel has done very well, therefore the youths can no longer afford to be laid back, and in this election season, I charge the young ones to be vigilant to ensure that their choices are not thwarted ” Jonathan added.

Earlier in his remarks, Mr. Emmanuel said that his administration has connected with the people at the grassroots through the provision of healthcare facilities and other live-touching projects.

He used the occasion to appreciate former Military President of Nigeria, Rtrd General Ibrahim Babaginda, whom he said, yielded to the aspirations of the founding fathers of the state by creating Akwa Ibom State in September 23rd, 1987.

” I want to thank all our past leaders for the great works that they have done in shaping us into where we are today “. He said.

While reeling out his scorecard, Emmanuel said his administration would continue to work for the benefit of the people despite the global economic and financial challenges, as he was not given to accepting excuses but results.

The event which featured the cutting of the anniversary cake to celebrate the state at 35th was spiced with cultural dances. Another high point was the presentation of the Ibom Productivity Order of Merit Award to fourteen persons, who were adjudged distinguished and trailblazers in their various fields of endeavours, including journalism, entrepreneurship, ICT, and public service. 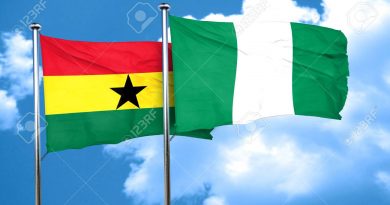 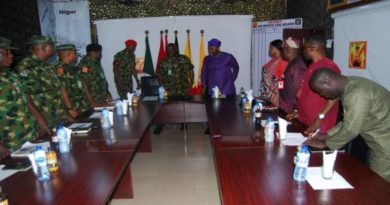 EFCC to collaborate with Army in fight against corruption 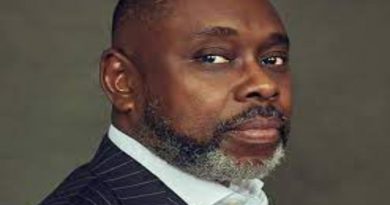