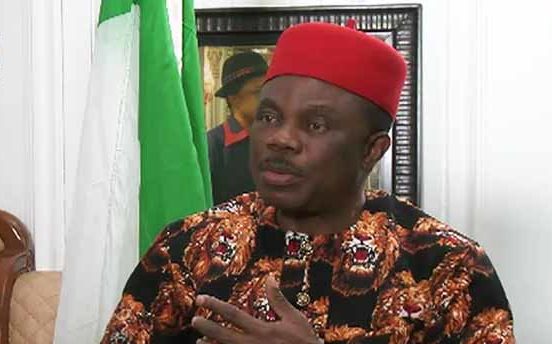 Governor Willie Obiano has stated that his party, the All Progressives Grand Alliance, and the people of Anambra State will reject the Independent National Electoral Commission’s decision to use its facility in Owerri, the capital of Imo State, to store non-sensitive materials for the November 6 governorship election in the state.

INEC had announced, through its national chairman, Mahmood Yakubu, that the commission would use its office in the capital city of Imo State to organize the movement of non-sensitive materials for the Anambra governorship election, citing the destruction of the commission’s office in Anambra as the reason.

However, in an interview with journalists in Awka yesterday, the Governor, speaking through his Special Adviser on Political Matters, Ifeatu Obiokoye, said INEC must reverse its decision or face strong opposition because the idea was put in place to rig the polls in favor of a particular political party, according to him.

“Beyond the issue of storing INEC materials meant for Anambra election in APC state, Imo, there was a letter we sent out expressing our rejection of Owerri or any other APC state involving actively in the Anambra election. What informed the letter was the rumour that some ad-hoc staff and returning officers for the Anambra election are being recruited from the Imo State University. In the next few days, all the political parties taking part in the Anambra election, except APC, will sign the communiqué, which will be forwarded to INEC. The letter will state our decision that we, as people and all the political parties, except APC, will reject any ad-hoc staff recruited from Imo State, in particular, and generally, from any APC state.

“For us, this issue of keeping the sensitive material in INEC office in Imo is totally unacceptable because, it now conforms with our earlier desire to write that we would have nothing to do with the Imo State structures, Imo personnel, and indeed, any APC state, for the purposes of election in Anambra. There are other states closer to Anambra, including Delta and Enugu; if what they’re claiming is correct.

“It is also curious to note that for more than four months, after INEC office was destroyed in Anambra, this matter is coming to the public domain for the first time. It is mischievous; it doesn’t make sense! What we heard from INEC was that non sensitive materials were destroyed. We were never told that sensitive structure that will sustain the process of the election was ever affected by that attack. We reject it, and will also make sure that we resist it.

“Unless INEC do not intend to conduct election on the 6th of November, the people of Anambra State will reject any move to rig the election. Nobody; I mean nobody, should ever play games with Anambra State. INEC, by that announcement, do not really want to keep it at the INEC office. They actually want to operate from Governor Uzodinma’s bedroom. They want to recruit returning officers from Imo, and also write the original result sheets in the state. So, if they succeed in operating from Imo, coming to Anambra to conduct election will be mere formality,” Obiano said.

The commission disclosed this in a statement by Mr Festus Okoye, National Commissioner and Chairman, Information and Voter Education Committee, on Thursday in Abuja.

Okoye said INEC met on Thursday and considered a number of issues relating to the governorship election, including the latest court order.

“The Court of Appeal has ordered the commission to recognise and publish the name of Ozigbo as the governorship candidate,” he said.

He noted that earlier, PDP had substituted its deputy governorship candidate within the deadline provided by law.

He said the final list of candidates would be published on Oct. 7 as provided in the timetable and schedule of activities for the election.

On movement of non-sensitive materials for the election, Okoye said INEC would be in a position to deploy its materials from its Awka office instead of the earlier stated Zonal office in Owerri.

He recalled that INEC State Office in Awka was attacked by unknown gunmen.

“The damage to the physical facility was extensive. So too was the destruction of movable materials, including 50 per cent of the non-sensitive materials already delivered for the election.

“While the commission is making efforts to rebuild the physical facilities, we took a pragmatic decision to distribute the replacement of non-sensitive materials from our South East Zonal Stores in Owerri in order to meet our deadlines.

“For clarity, the non-sensitive materials are the non-pharmaceutical COVID-19 items such as hand sanitisers and face masks, envelopes, posters, stickers, sellotape, scissors, liquid gum and other stationery required mainly at the polling unit level,“ he pointed out.

Okoye, however, said following a review of the deadline for the completion of work on the destroyed physical facilities, INEC was satisfied that the ongoing work would be completed by the end of September.

“Consequently, the commission is now in a position to operate from our office in Awka where the batching and distribution of all non-sensitive materials will take place.

“We appeal to all stakeholders to continue to cooperate with the commission for a transparent and credible election in Anambra State,” he said. 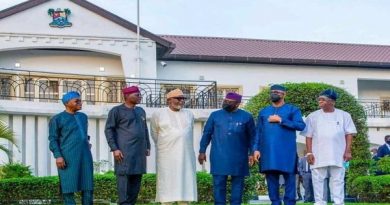 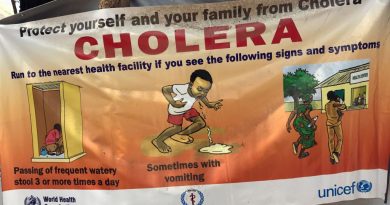