The Cross River State Governor Sen. Prof. Ben Ayade has announced ₦10,000 monthly payment as salary to 1,000 APC women in the State drawn from the 18 L.G A who were in Calabar to express their support for his administration.

Ayade gave the directive at the millennium park Calabar while receiving APC Women Emancipation Initiative (CROWOMEI) in the thank you mega rally in appreciation as encouragement for the tremendous support for his administration over the years.

The Governor directed that 1,000 CROWOMEI physically present at the rally be submitted to him and that the names should include the Hausa/Fulani Community, Igbo and Yoruba community in the state.

Ayade said ‘’ politics is without race, religion or geography. The name should include the Hausa/Fulani Community, Igbo and Yoruba communities resident in the state.

Earlier, the Chairman Bakassi Local Government Area Mrs. Laurenita Ita who is also the Chairman CROWOMEI ‘’said that winds of development were blowing through Cross River State and that it is being socketed to the centre”.

‘’ we are now well socketed. God appreciates thanks giving. We are here to appreciate you till 2023. There is no going back. All your projects are directed towards the down trodden in the society and are making the state proud nationally and internationally. Industries are springing up all over the 18 Local Government Areas and are contributing to economic development of the state”.

Also speaking at the occasion the president of Obudu Women Development Association Calabar branch, Barr. Mrs. Maria Ushie said that they were in Calabar for a rally to give the Governor full support for his good works in the state.

Our correspondent report that over 500 hundred Women including the APC Women leader Mrs. Esther Pepe, Secretary to the State Government and the Governor’s Wife among Others attended the event. 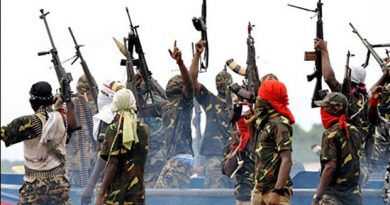