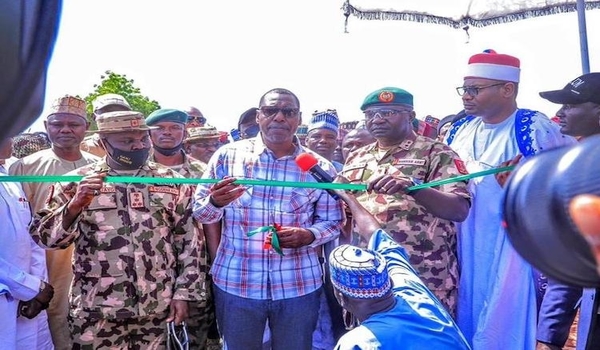 Borno State Governor, Prof. Babagana Zulum with the company of the military authorities reopened the Bama-Banki road, nine years after it was closed as a result of the Boko Haram crisis.

The road is one of the major arteries linking North-East Nigeria to Cameroon and by extension to other countries in Central Africa.

It is a 65 kilometers stretch leading to Kanuri commercial and historical town of Bama connecting Banki, a border town that shares a border with neighbouring Cameroon Republic in the Central Africa region.

Until the invasion and capture of Bama by insurgents about nine years ago which led to the closure of the road, the route was of immense economic value to the country as goods got transported from Nigeria on it to Cameroon as well as many other countries in the Central African region.

Though Bama has been recaptured by the insurgents about eight years ago, the level of its destruction made it essential for reconstruction before it can be wholly inhabitable and allow for the return of commercial activities.

The road was reopened in a ceremony organized by the Borno State Government where the governor, alongside the Theatre Commander, ‘Operation Hadin Kai’, Major General Musa Christopher, traveled to the border town from Maiduguri.

Unveiling the road at Banki Junction on the outskirts of Bama town, Zulum while appreciating the efforts of President Muhammadu Buhari and the Nigerian military for gains being steadily recorded in peace-building and stability of the North East region: “I am very much impressed to witness the official reopening of this very important international road. This road has remained inaccessible to people since 2012 due to activities of Boko Haram, but with the coming of President Muhammadu Buhari, our gallant security agencies have worked towards today’s reopening of this road.”

The Governor, who subsequently released 10 surveillance vehicles to the Nigerian Army to enhance their security operations along the reopened road, warned security officials to desist from extorting motorists and passengers while plying the road:

Zulum gave a matching order for the arrest of anyone engaged in the smuggling of goods across the road, especially those who may want to smuggle food items through the bush to convey to criminals.

He said: “I have given a matching order to the military to arrest anybody engaged in smuggling of goods, especially diverting the main road to the bush with food items.”

He also pledged his total support to the Theatre Commander of ‘Operation Hadin Kai’, troops of 151 and 152 Battalion on the provision of security on the road.

Earlier, the Theatre Commander, Major General Musa Christopher, thanked Zulum for supporting the army in the fight against insurgents and promised to do their best to end terrorism in the region.

Christopher said reopening of roads and resettlement of IDPs by the present administration signifies the end of Boko Haram which would be some of the achievements to be measured during his stay in the theatre.

After reopening the road, Zulum paid an unscheduled visit to Umar Ibn Ibrahim College of Education (UICEST) Bama, where he directed the state’s Commissioner for Reconstruction, Rehabilitation, and Resettlement (RRR), Engr. Mustapha Gubio, to immediately provide buses for students and ceiling fans to all classrooms/lecture theaters. 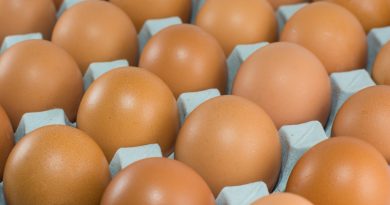 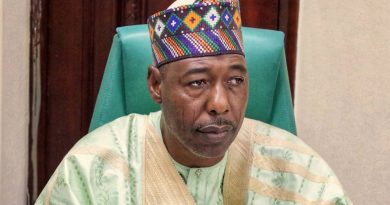