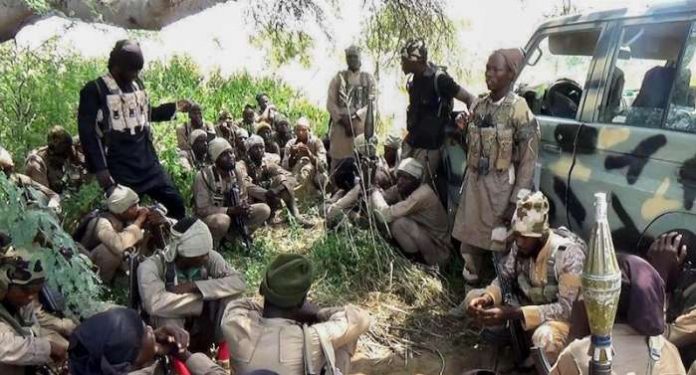 Barely a month and some weeks after Abubakar Shekau, former leader of the factional Boko Haram sect, killed himself after a violent confrontation with some renegade Islamic State of West Africa Province (ISWAP) top commanders, PRNigeria has gathered that both Boko Haram and ISWAP fighters have mended fences.

In a 13-minutes long video obtained by PRNigeria, an army of terrorists belonging to the rival extremist groups reunited themselves, after they individually placed their hands atop one another, while chanting words of solidarity, to demonstrate their reuniting and togetherness.

They, thereafter pledged their allegiance to one Aba Ibrahim Al-Hashimiyil AlKhuraishi, whom they unanimously ordained as ‘Khalifan Muslimai’, translated as “The Leader of all Muslims”.

Four insurgents, drawn from the defunct Boko Haram and ISWAP sects, in the clip, were seen pledging their loyalty to their new commander while speaking in Arabic, Hausa, English and Fulfulde.

One of the speakers confirmed the report that intelligence services played critical roles in creating divisions in the camps of the terrorists when he claimed that, “the enemies succeeded in dividing us, but we are now back.”

PRNigeria had reported how the immediate-past Chief of Military Intelligence of the Nigerian Army, Abdulrahman Kuliya, who died with the Chief of Army Staff, Ibrahim Attahiru, in an air mishap in Kaduna last month, played decisive roles in the infiltration of terrorists’ factions leading to violent confrontations among fighters of Boko Haram and ISWAP groups, and the eventual death of Shekau.

A top intelligence officer informed PRNigeria that in one of the joint security operations coordinated over 223 vulnerable persons, including women and children were rescued and undergoing rehabilitation.

Meanwhile, in the latest video released by Boko Haram, the terrorist element who first spoke, extended his greeting to their new Leader, Khuraishi, thanking him for bringing them together, eventually.

Pledging his loyalty, he said every member of Boko Haram and ISWAP should be happy that they are now united.

Another terrorist, while speaking in Hausa, ‘warmly’ greeted Al-Hashimiyil Khuraishi, assuring that he and his colleague-insurgents will not flout his orders and commandments.

He expressed delight that they are now back as one ‘indivisible entity, after the mutual hatred that hitherto divided them, gave way.

Another ISWAP fighter, who was wielding a sophisticated gun hung on his neck, thundered: “What is left now is Jihad. We will not stop fighting the unbelievers. All the disbelievers have entered trouble.”

According to the daredevil terrorist, every Boko Haram and ISWAP member must be ready to fight under the directive of their new leader, for them to survive, and succeed. 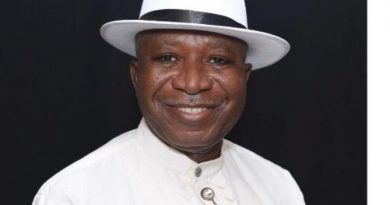 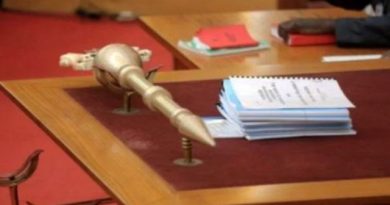