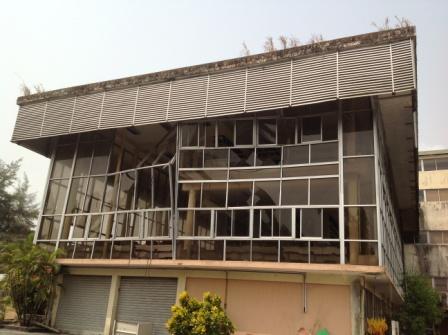 The State Librarywas commissioned about thirty years ago by Augustus Aikhomu, a Vice Admiral and second in command to General Ibrahim  Babangida, Nigeria`s  Head of State on April 17, 1989 in company ofIbimPrincewill, aNavy Captain and Military Governor of the state.

These government officials who by training had limited stint with circular knowledge understood that libraries are very important to the progress and development of the society. They understood that iconic discoveries and other landmark strides in physical sciences, space exploration, social sciences, arts and other fields of study are nurtured and fine-tuned from books and other informational materials custody in libraries. They understood as well that there is indeed a direct connect between a functional library that provides resources as well as services, and human development. Yet they understood again that libraries as achieves for collection of books and other informational materials are important community hubs serving as centres of learning and professional development. And as a popular cliché goes that the strength of a team is determined by the bench, one could adduce in like manner that the human capital development of a society is determined substantially by the availability of awell-stocked and functional library.

But this once gorgeous and attractive edifice as the years count is now a shadow owing substantially to the long andenduring years of neglect. This decay aptly referenced as consequential in the initial publication in Lens newspaperscapped “Calabar Library;A Pathetic Malady“ is still not fixed one year after initial publication. I am amazed at the extent of rot of the facility. The mere sight of the facility upset one`s sensibility. This is a tragic reality which explains my resolve to double down on the story having toured the facility severally of recent and seeing no meaningful change or work in progress. Shouldn`t the government of Cross River State who owns it be genuinely concerned about the appalling condition of the public library.

Unlike in its prime days when by 10 am, users just coming in were not guaranteed space, I could only spot seven persons in the cubicles of the entire reading arena. I took note as well of the deplorablecondition of some of the seats, elevated platforms in cubicles, book shelves etc. The glasses and window panes at the section overlooking Prison quarters across the road had fallen off, opening up the facility to rain, wind and other adverse weather conditions. And not forgetting snakes, lizards, wall geckos and other reptiles aside insects that may thoroughfare from this flank of the library. The partly shattered glasses with conked louvers upstairs potent grave danger to users and passer`s by whenever the fragment eventually drops.Also, the split units and a significant number of the suspended fans are not working.Added to this, the facility is unkempt with dust covering the seats, books, book shelves and other furniture. At the fringes, not excluding the rest rooms, curb webs run rings. In sum, the library could be aptly described as partially dead, dry and drab.

The mind burgling question now is, why is the government hesitant in fixing the library. Governments, preceding and successive continually assign nothing or near zero budget if at all,to the State Library perhaps in their reckoning, is not viable. Unfortunately, this is a naïve perspective of gauging a public library of this magnitude that is cut out from the beginning to render critical services to the people.A public library wherever it is located is first positioned as a social good before other considerations. This is not country specific but a global phenomenon. However notwithstanding, the State Library has the capacity to attract economic, cultural and even political gains if the needful is done to position it for gain.

Referencingagain the initial publication on the library in the Lens Newspapers, I understand that the library as at today is on lease which ordinarily should translate to better funding and cutting edge management of the facility. But the reality of course is a pointer that the transaction was untidily consummated. I do think going forward, peradventure it is burdened by any arrangement,such contract irrespective of its status should be reviewed. An appropriate disruption by the government should be initiated to salvage it.

Libraries ideally measure their successes primarily by footfall. And it`s amazing that several years running, it is still a popular measure notwithstanding the drop in the demand for library services which has in turn affected borrowers who are the traditional revenue targets. As a leverage in generating revenue, the State Library, as in public libraries in other climes should go digital. The switch to e-book, e-journal and other electronically trapped materials that are in print would attract and raise patronage from members of the public. I do think Ayade the digital governor, should be excited and passionate in making this proposition a reality.

Time it was when the State Library attracted high profile events like seminars, conferences, symposiums and such related activities which generated good income. I recall here among several others, the Senate retreat in 2000, where 109 members of the Red Chamber of the National Assembly congregated in Calabar for a four-day political gathering. The State Library boasting of state-of-the-art facilities and serene environment at the time was the venue of the retreat. But in contrast however, in one of the days I stopped by, a 2.5 KVA generator in smoky and very noisy condition was used to power a formal gathering that took place in one of the indoor spaces behind the library.

This gross neglect of the facility by the Cross River State government has robbed off negatively as well on the facility, denying it largesse from some international donor agencies that are inclined to knowledge and information based endeavors. This setback was highlighted already in the referenced article in Lens newspapers which stated that some international groups like Rotary International, Book-Aid for Africa, British Council and others had long refrained from donating books and literal materials to the State Library.

But aside these obvious considerations that should compel the government to fix the facility, I gained additional insight while assembling this piece that the strategic location of the State Library in a median, positioned between the old and new settlements in Calabar gives the facility a leap in the order of importance. By sheer location therefore, the Cross River State Library is a relic.The state government by this revelation should cherish and appropriate funds dutifully for its renovation and maintenance.

Again, the library is surrounded by landmark structures which further upits importance. The U.J. Esuene Stadium is adjacent to it. Other equallyimportant edifices are the cenotaph near the popular Eleven-Elevenround about which serves as converging point for Africa`s biggest street party- Carnival Calabar as well as the Naval Hospital stretching down to the governors lodge.

I should think a worthy conclusion for this article on the importance of knowledge is as captured in the inscription at the entrance gate of a university in South Africa. “Destroying any nation does not require the use of long range missiles. It only requires lowering the quality of education and allowing cheating in the examinations by the students“.

And so beyond platitudes, rhetoric and nice wishes of developing the human capacity of Cross Riverians, the managers of the state should align with these submissions by fixing the State Library without further delay in order to impact capacity of the people. This proposition in my reckoning does come at the appropriate time being a fresh tenure manned by dons who have attained the peak in scholarship in their fields of study. 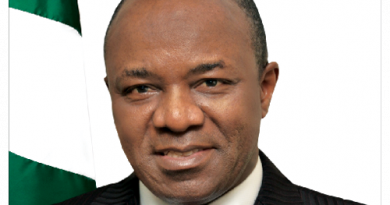 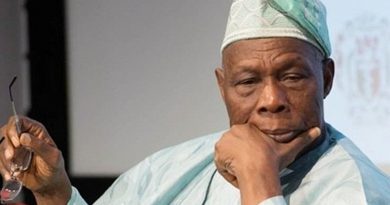 Obasanjo Berates FG in a No Hold Barred Speech; Periscopes 2023