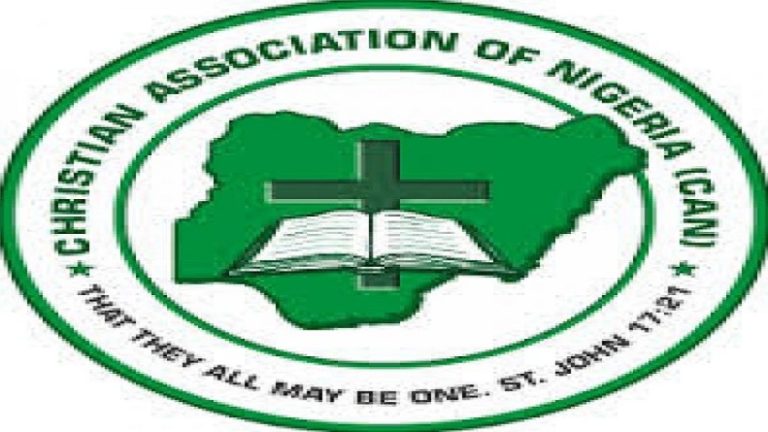 Nigeria’s Vice President, Prof. Yemi Osinbajo, former Presidents Olusegun Obasanjo and Goodluck Jonathan are among a few other dignitaries who have been honoured with awards of excellence at the 45th Anniversary of the Christian Association of Nigeria held in Abuja.

Also, honoured were former Head of State, Gen. Yakubu Gowon (Rtd.), state governors, and some Christian leaders.
Others were Imam Abubakar Abdullahi, the Muslim cleric who saved 200 Christians in Barkin Ladi LGA of Plateau State during a violent attack there, and Leah Sharibu, the Christian girl who was abducted by Boko Haram insurgents in Yobe State, were also honoured.

The event was tagged Sapphire CAN Day Celebration, Dinner and Award Night and was organised to honour those who have contributed to the growth of the church in Nigeria.

In his remarks after receiving the award for governance, Prof. Osinbajo said that the answer to hate, conflicts and intolerance is the gospel of Jesus, urging Christians to believe it strongly to be a panacea to these problems in society.

“As we have seen in the past few years, not just in Nigeria but all over the world, there is a growing religious and ethnic chauvinism and almost intemperate, vehement and often violence dismissal of the views of other people, people of other persuasions and people of other faiths without adequate consideration.

“At the same time, there is also the rise of identity and cultural politics. Brethren the answer to hate and conflict and intolerance is the gospel of Jesus Christ.

“We cannot believe in it half way and resort to other tactics sometimes—the message of the great love of Jesus Christ by which he so loved the world that all men, whatever their faith, who believe in him will not perish in consequence of sin but inherit eternal life; that is the message of the gospel.

“We must continue to make the important truth be known that Christ did not come to establish a religion, nor to condemn men, but to show all men that his own righteousness, not our own righteousness or performance is the qualification for eternal life.”

The vice president said that the gospel of Jesus Christ “commands consideration for the views of others, treating them as we would wish to be treated, non-violent communication.”

Osinbajo noted that the CAN has, for the past 45 years, remained faithful to its founding vision for which it was formed “to nurture the unity of the church in Nigeria and to work with other leaders of faith and to build bridges and to forge understanding, peace and unity among the various people and faiths in our nation.

“CAN has not only been faithful to its founding vision, it has become a veritable force for peace, for unity and for social justice. And, pursuant to the gospel, CAN have consistently spoken up on behalf of the least of these in our society.

“Importantly, the current and past leaders CAN have acted in full realization and recognition of their roles as pivotal stakeholders alongside the government and the private sector in nation-building.

“We are proud of the role of the moral compass of society and interlocutor for peace among the different faiths that CAN has played and continues to play in our nation.

“We are also proud of the enormous work that the current executive of CAN, led by Eminence, Rev. Supo Ayokunle, has done.

“I’m aware of your collaboration with the Islamic and other faiths to reconcile where there is conflict, to pacify where there has been offense and to upbraid and reprimand where there have been misdeeds.”

Vice President Osinbajo also presented the proposed design of the National Christian Centre at the event.

Secretary to the Government of the Federation, Mr. Boss Mustapha, who chaired the event, said that the long period that the National Christian Centre stood without being completed was “a big reproach to the church.”

Musthapha reminded the church in Nigeria of the need for unity, saying that the resources required for the completion of the National Christian Centre could have been provided by one Christian denomination.

“I urge us that as we celebrate this 45 years, in the splendor of the city of Abuja, let’s be reminded of the injunction of Christ himself. He said: ‘be one in the same manner I and the father are one’”

President, CAN, Rev. Samson Ayokunle said that there have been positive changes in the fight against insecurity in Nigeria.

“We are seeing positive changes in the war against banditry and terrorism recently, especially with the arrival of new service chiefs.

“Kudos to them all and to Mr. President who listened to the clarion calls from CAN and other well meaning organizations to effect the change in the service chiefs and equally bought more weapons for the armed forces and urge them not to rest on their oars until the entire nation is safe.”

Rev. Ayokunle acknowledged “the praise-worthy efforts of the Presidential Task Force on the control of COVID-19 headed by the Secretary to the Government of the Federation, Mr. Boss Gida Mustapha.”

He also called for “drastic efforts to redeem” the economy, which, he said, suffered “devasting effect” of the COVID-19 pandemic. 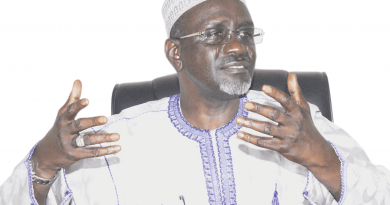 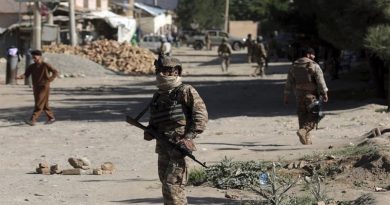