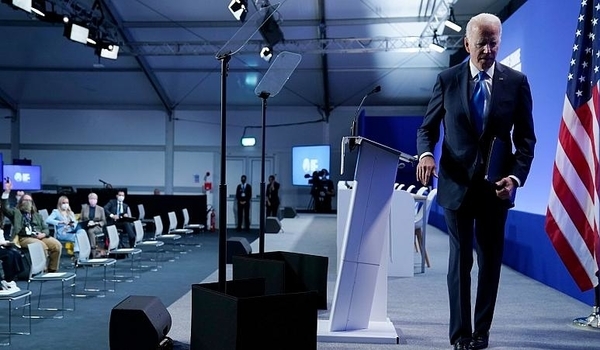 not showing up at the COP26 climate change conference.

“We showed up and by showing up we’ve had a profound impact on the way I think the rest of the world is looking at the United States and its leadership role,” Biden said, even though a recent UN-backed report said the US, along with China and Russia, still planned to boost fossil fuel production in the coming decades.

Biden, speaking at the end of his five-day trip to Europe, drew attention nonetheless to the absence of Xi Jinping and Vladimir Putin in Glasgow.

“I think it’s been a big mistake, quite frankly, for China, it gets to China for not showing up. The rest of the world are going to look to China and say ‘what value-added are they providing?'” Biden said.

“And they’ve lost an ability to influence people around the world and all the people here at COP. The same way, I would argue with regard to Russia.”

Campaigners have pointed out the United Kingdom and United States have more emissions per population since 1850 than countries such as China and India, which industrialised much more recently.

Vladimir Putin gave a video message to the COP26 conference on Russia’s commitment to protect forests and reach carbon neutrality by 2060.

But Russia remains one of the top carbon emitters and is the leading exporter of natural gas. Saudi Arabia, meanwhile, is the top exporter of crude petroleum.

A UN-backed report released last month found that many oil and gas producers plan on increasing production and that governments plan to produce more than twice the amount of fossil fuels in 2030 than the level that would be necessary to limit global warming to 1.5 degrees Celsius.

Despite net-zero emissions targets, few of these fossil fuel producers have assessed whether their production is compatible with the Paris agreement, the report said.

The US president also now faces a stark challenge at home, where he’s struggling to pass a $3 trillion (€2.58 trillion) budget that includes $555 billion (€479.1 billion) to combat climate change.

In the first test of voter sentiment, Biden faced disappointment when a Republican governor won the state of Virginia in Tuesday’s election.

In his speech on Monday, Biden nonetheless apologised for the past administration’s withdrawal from the Paris agreement and took some responsibility on behalf of the country.

“Those of us who are responsible for much of the deforestation and all of the problems we have so far,” Biden said, have “overwhelming obligations” to the poorer nations that account for few of the emissions yet are paying a price as the planet has grown hotter.

China still sees coal and oil as necessary to keep fuelling an economy that is now the second-largest in the world. The country’s lead negotiator at the UN summit said China must first become wealthier before it can transition faster to renewable energy.

The US also gets most of its energy from natural gas and coal and Biden acknowledged during the trip that the US is pushing the Gulf to pump more oil to ease gasoline prices. 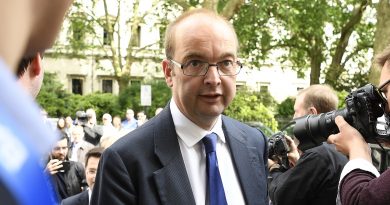 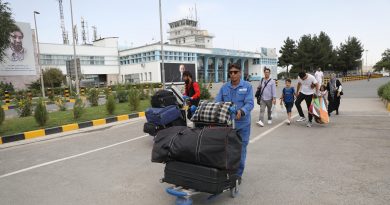