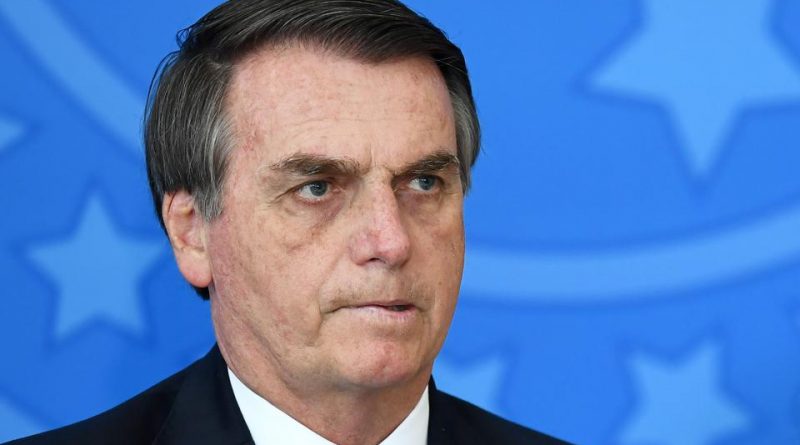 Products burn at a supermarket Carrefour in Sao Paulo, Brazil, on November 20, 2020 on Black Consciousness Day during a protest against racism.

Brazilians outraged by the death of a Black man after being beaten by supermarket security guards have been protesting in major cities across the country, chanting a phrase familiar to Americans: “I can’t breathe.”

Security camera footage from a Carrefour supermarket in the southern city of Porto Alegre obtained by the Brazilian news program Fantástico shows two security guards escorting João Alberto Silveira Freitas out of the store on November 19. Freitas, for reasons unclear, appears to punch one of the men.

The guards then beat him, including with blows to his head, knocking him to the ground and pinning him face-down with a security guard’s knee bearing into his back and neck. After several minutes immobilized by the guard, during which numerous shoppers, employees and other guards appear to stand by as Freitas moans and struggles, he stops moving.

The police chief investigating the killing said Freitas appeared to have died from suffocation, according to report. A preliminary analysis by the state’s General Institute of Forensics said the death was due to asphyxiation, the newspaper Folha de S. Paulo reported. Freitas’ father has called the death a “murder” in interview with CNN Brasil and demanded justice.

The two security guards have been arrested but have not been charged. Carrefour quickly announced that it suspended its contract with the private security firm that employed the guards and that the manager on shift had been fired. An attorney for one of the guards told CNN Brasil that his client did not intend to kill Freitas and that he had only sought to “contain” him after being called in to respond to a “quarrel” occurring between Freitas and an employee. The second guard reportedly fired his attorney on Tuesday, and the local affiliate medium has been unable to contact his new legal representation.

Freitas, a 40-year-old father of four, died on the eve of Black Consciousness Day, an official holiday in many Brazilian cities that honours the country’s African heritage. Waves of protests have followed — but been dismissed by Brazilian President Jair Bolsonaro as imported “foreign tensions.”

.”There is an increase in mobilization in Brazil concerning the deaths of Black people, especially by Black movement groups,” he said. “When Freitas’ death happened, it occurred in a society more mobilized around structural racism.”

Many Brazilians reject the idea that their country is democratic melting-pot free of discrimination, pointing to racial disparities in numerous facets of daily life, including lethal violence. In May, as the United States grappled with the death of George Floyd, demonstrators in Rio de Janeiro protested at the governor’s mansion under the banners “Black Lives Matter” and “Stop Killing Us” to denounce the alleged police killing of a Black 14-year-old in a favela on Rio’s outskirts.