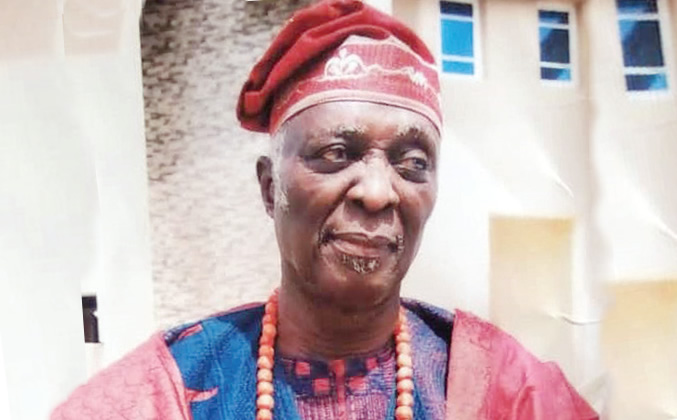 Yoruba leaders and elders have disagreed over the self-determination agenda being championed by some critical stakeholders in the Southwest.

For the Yoruba Council of Elders (YCE), the moves by Sunday Adeyemo (Igboho) and his associates might consume the people of the Southwest if the agenda is not dropped.

Secretary General of YCE, Chief Kunle Olajide, speaking in Osogbo yesterday, on behalf of the group, criticised Igboho, elder statesman, Prof. Banji Akintoye, and others for declaring that the Yoruba are no more part of Nigeria.

Akintoye, who is the leader of Ilana Omo Oodua, was seen beside Igboho in a viral video, supporting secession and saying “if that is what the Yoruba people want, so be it.”

But Olajide stressed that any attempt by the Yoruba to secede from Nigeria without proper planning would spell doom and could lead the Yoruba populace to mass suicide.

He argued that though the Yoruba have been suffering the greatest loss in the Nigerian project and most people are frustrated, exiting the country would not be the solution.

In the same vein, Minister of Interior and former governor of Osun State, Rauf Aregbesola, yesterday, warned that calls for separation by some ethnic groups is “expensive and can be disruptive.”

Speaking at his investiture as grand patron by the Nigeria Union of Journalists (NUJ), Southwest Zone, and conferment of award of excellence in leadership, held at the Premier Hotel, Ibadan, Aregbesola, who stressed that he was not speaking as a minister or on behalf of the Federal Government, added that the call is an ill-wind that would not do anyone good and would take a great toll on development of the country.

Reacting to the call by some Southwest leaders for self-determination, he said the creative energy and scarce resources of the people calling for separation are dissipated in what may turn out to be a fruitless effort.

According to Olajide: “Our position in the YCE is that nobody is happy with Nigeria of today; we are not happy at all, especially the Yoruba nation. The Yoruba are suffering the greatest loss in the Nigeria project. We have invested greatly in this country, but the country has continued to drag us down.

“Yes, all these agitations with this rising crescendo are due to the frustration of our youths and they are justifiably angry because their future is at stake. Nevertheless, we must moderate their actions.

“That Nigeria ceases to exist from March 17 is illusory effusion. We can’t rush to take actions that are bound to consume us. We must use our talents to read the barometer of the state of the country correctly and then chart our ways to victory and success”.

“If you go to war where you are grossly disadvantaged, you are committing mass suicide, and as elders in the Yoruba nation, we will not lead our people to commit mass suicide.

“Everybody is free to say whatever he likes; you can say there is no Nigeria, but in reality, you can see that Nigeria exists. At the height of anger is insanity. What we are seeing in this Federal Government doesn’t give cause for cheers at all.

“The country is actually collapsing before our very eyes and we have never been this polarised like this in the history of Nigeria that I know. So, everybody who is angry has the right to be angry and there is anger everywhere you go in Nigeria, not only in the Yoruba nation, including Katsina, the home state of the President

“Therefore, for me, this administration has to retrace itself, otherwise, the country will implode before its eyes.”

He added: “I am surprised that Akintoye, a professor of History, could be part of such illusory effusion. Where did they get the mandate? Who gave them that mandate? Where did the Yoruba people meet? And when I talk about Yoruba, you would agree with me that we have elected constitutional government in place. We voted for them; we have governors, state assembly members, national assembly members.

“How can a handful of people, irrespective of professorship, just sit down somewhere and pronounce Nigeria dead? Was that how Nigeria was pronounced alive in 1914?

“There are processes of accomplishing any goal or objective anywhere in the world. You haven’t called us together, our elected governors were not there, our monarchs were not there and you just make pronouncements. You are exposing the mass of our people to danger, because a constituted government has the right to protect the sovereignty of a nation.

“The Federal Government, failing as it is, bad as it is, still has a duty to, at least, keep this country one. And anybody who is making inflammatory and inciting statements is doing that at his own personal risk and the risk of his constituency.

“Akintoye lacks the mandate to speak for the Yoruba people. We must seek constitutional means to reject the 1999 Constitution.”

Aregbesola stated: “Besides, those who take the precipitate action of resorting to armed conflict often plunged their land and people to ruin from which there may not be an exit option.

“Nations are often locked in civil wars of mutually assured destruction in which peradventure one side wins, the victory will turn to ashes, because the cost of victory is the loss of everything that was fought for.”

Stressing the need for unity, he said that building process is always very tortuous, adding “From all studies I am familiar with, welding together a heterogeneous people with disparate cultural and historical background is a long and tortuous process that can suffer colossal reversal at any time, irrespective of the progress already made, if the actors are not careful,” citing the cases of Yugoslavia, Czechoslovakia, Senegambia, Ethiopia and Soviet Union.

“It is, therefore, anathema for me to accept ethnicity as a basis for the development of space and people. It is a fact of history that every division fostered by sectionalism will not stop until the irreducible minimum division is reached.

“The best way to go is do away with the mindset currently at play that Nigeria is a lie and therefore must be balkanised. We are truly a diverse nation, but the strength in our diversity is immeasurable if only we would unite in its recognition.
Nigeria’s destiny and purpose are very clear and they are divine.

“The argument that the current political configuration holds down the country may be admissible to a large extent, and we need to adjust our structure, both politically and economically.

“With the challenges we face in Nigeria today, I see an opportunity for us not to break up or break down, but to break open. Open up to ourselves in truth, so that we may appreciate each other, understand each other, honour each other and live together in peace and prosperity.”