There is palpable tension in Mbiaobong Mbat Village in Ini Local Government Area of Akwa Ibom State over threat-to-life of family members by one Mr. Ekemi-ini Ekpembe Udo Ekpo formally known as Mr. Ekemi-ini Akpan Udo whose mother voluntary confessed in the Village Council Hall before the presence of the Village head Chief Jonah Udo Udo, Chief Paul Akpan Inyang and others that her late husband Mr. Akpan Udo Udo Nwuh was not responsible for her sons pregnancy.

In the mild drama that ensured at the event owing to the nefarious activities of her son Ekemi-ini in the community, his mother, Atim Akpan Udo Udo said he is not late Akpan Udo Udo’s biological child, but Ekpembe Udo Ekpo whom she said was responsible for the pregnancy.

In view of the voluntary confession made before the Village Council Chiefs, the Elders and entire family members decided not to adopt Ekemi-ini into the family there-by rejecting him in an affidavit deposed to wit by the family head of the Nung Udo Udo Nwuh, Mr Edet Udo Udo Nwuh, a business man and Engineer sworn according to native law and customs at High Court of Justice registry, Calabar on 29th day of June 2021 before the commissioner for oaths.

Nwuh stated that Ekemi-ini Ekpembe Udo Ekpo is a man of questionable character and not a biological son to his late elder brother Mr. Akpan Udo Udo Nwuh of blessed memory, hence has no legal right to sell any plot of land or any property belonging to the late Akpan Udo Udo Nwuh without the consent and approval of the family head Mr. Edet Udo Udo Nwuh as such persons in the caveat and disclaimer issued does so at his or her own risk.

While fielding questions from LENS Reporters, some members of the Community who are now seeking refuge in Calabar where they brought an old woman whom they claimed Ekemi-ini accused of witchcraft hence setting her house ablaze and now receiving treatment in a private hospital. Ekemi-ini is said to be in possession of dangerous weapons which he wields to terrorize and threaten members of Nung Udo Udo Nwuh family. He was also linked to a recent raped of a pregnant woman at gun point in a farm land but is yet to be apprehended by the Police despite repeated appeals and reports to the security force.

Mr. Edet Udo Udo Nwuh, family head of Nung Udo Udo Nwuh has issued an ultimatum for Ekemi-ini to vacate the compound on or before 30th October, 2021 for peace to reign and called on Akwa Ibom State Police Command to come to their rescue by arresting the culprit who has become a terror to the community, as they now live in fear of their lives. Effort by LENS to contact Mr. Ekemi-ini was not feasible as at time of filing this report 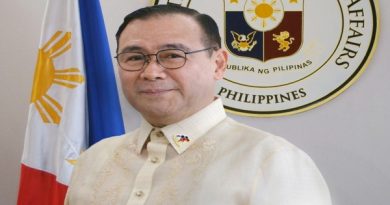 “Back Off” Philippines tells China after South China Sea clash 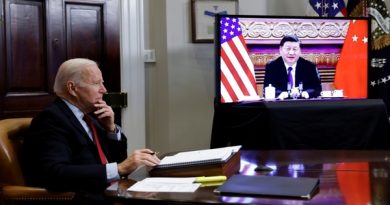 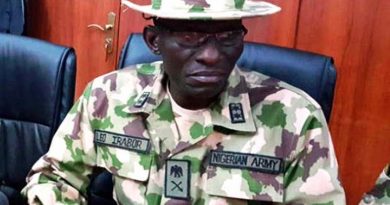