The continued stay in office of Mohammed Adamu, Inspector-General of Police, two days after his due date of exit from service, has attracted a lawsuit.

An Abuja-based legal practitioner, Mr. Maxwell Okpara, has asked the Federal High Court, sitting in Abuja, to stop Adamu from parading himself as the IG.

Okpara, in a suit filed before the court challenged Adamu’s extra stay in office as IG beyond February 1, 2021, when he ought to have retired.

He named the president, Adamu, the Attorney-General of the Federation and Minister of Justice as well as the Nigeria Police Council as defendants in the suit.

The lawyer, in the suit, marked FHC/ABJ/CS/106/2021, is also praying the court to declare as illegal all actions that were taken by Adamu after February 1.

In a 10-paragraph affidavit, he deposed to in support of the suit, Okpara claimed that Adamu “by midnight of February 2021 retired from the Nigeria Police Force, having served for 35 years.”

While claiming that the office of the Inspector-General of Police became vacant on February 1, he said that the first defendant failed and neglected to appoint a new IG.

He added that if the court does not intervene, the defendants will continue to breach the provisions of the constitution and the Nigeria Police Act.

Among the issues he brought for determination are whether by the provisions of sections 215 and 216 of the Constitution and section 7 of the Nigeria Police Act 2020, Adamu can validly continue to function as IG not being a serving member of Nigeria Police Force after midnight of February 1, 2021.

“Whether the failure of the president and the Nigeria Police Council to appoint an IG on February 1, 2021 does not constitute abdication of their duties under Section 215 of the Constitution and Section 7 of the Nigeria Police Act, 2020.”

He said if the questions are answered in the affirmative, the court should declare that by law, Adamu cannot lawfully continue to function as IG as from the midnight of February 1 and that all actions taking thereafter are illegal, null and void and constitute a breach of the constitution and the Police Act.

He, therefore, prayed for an order restraining Adamu from “parading himself as IG or exercising any form of command or control over the Nigeria Police Force not being a serving police officer.”

He also prayed for another order mandating the president and the police council to immediately appoint a new IG in line with the provisions of Section 7 of the Police Act.

Adamu, as at the time of writing was still performing his official duties as IG despite attaining the mandatory 35 years in service on Monday.

The IG was in the office yesterday and worked till 6 pm before closing.

The IG, on Monday, had joined other dignitaries to receive the president at the Nnamdi Azikiwe Airport on his arrival from his hometown, Daura, where he had gone on a four-day official visit.

The continued stay in office of Adamu has fuelled speculations that the president might have extended his tenure.

“The IG is in office. He has not gone anywhere. He is doing his job.

“It is either he has been granted extension or the president is still studying the list by the commission,” a source familiar with the development said yesterday. 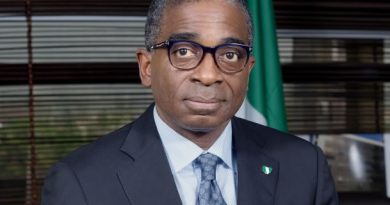 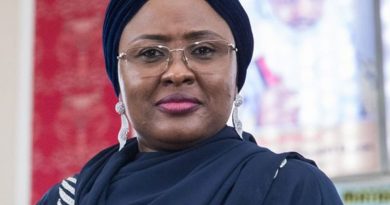