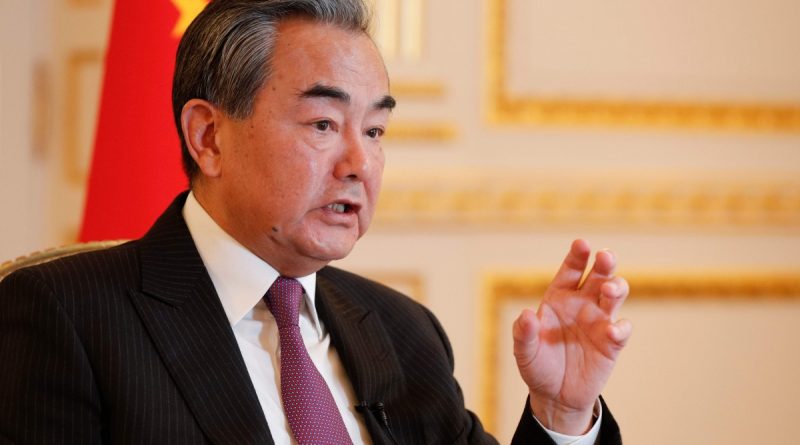 Former legislator from Hong Kong’s pro-democracy opposition Ted Hui is considered a fugitive in the semi-autonomous city after he fled late last year after being charged for participating in protests.

Hong Kong former legislator and pro-democracy activist Ted Hui is welcome to campaign on political issues in Australia and his arrival was not a matter for China, the chair of the Australian parliament’s intelligence committee said on Thursday, angering Beijing, which warned of further damage to already strained ties between the two countries.

In the first comments from an official in the Australian government since Hui arrived from London on Monday, the Chairman of Parliament’s Committee on Intelligence and Security James Paterson said immigration policy was a “purely domestic sovereign issue” for Australia.

“Any visitor to Australia, whether they are a citizen or not, enjoys all the rights and freedoms that Australians enjoy. They enjoy freedom of speech, freedom of political campaign, so he is welcome to do that here,” Paterson, a senator, told ABC radio.

He added, “other visitors that have a different view to him are welcome to put their arguments too”.

Eric Abetz, a senator from Tasmania, who heads the Foreign Affairs, Defence and Trade Committee, also expressed his support for Hui.

“Having recently talked with Ted Hui, it’s great to see him touch down in Australia and continue to fight for Hong Kong’s democracy,” he wrote on social media.

Hui, who fled Hong Kong late last year after facing criminal charges over democracy protests said he moved from London to Australia to extend the reach of the pro-democracy movement’s international lobbying.

Australia has a large community of Hong Kong people but no leadership for the democracy movement, he said.

In a statement on Hui, the Chinese embassy in Australia said it “urges the Australian side to stop meddling in Hong Kong’s affairs and China’s internal affairs in any way. Otherwise, the China-Australia relations will only sustain further damage”.

Hui was granted a tourist visa, an exemption to Australia’s closed-border policy and government assistance to secure seats for his family on a repatriation flight from London. He said he did not intend to seek asylum.

China bypassed Hong Kong’s Legislative Council to pass the sweeping legislation without public consultation. The law punishes secession, subversion, terrorism and collusion with foreign forces with up to life in prison and comes in response to months of mass pro-democracy protests last year that at times descended into violence.

Critics fear the law could undermine the city’s autonomy, civil liberties and judicial independence, but Beijing dismisses the charge, saying the legislation will only target a handful of “trouble-makers”.

Morrison said the situation in Hong Kong was “very concerning” and his government was “very actively” considering proposals to welcome in residents of the former British territory.

Asked by a reporter whether Australia could extend an offer of safe haven, Morrison responded “yes.”

He said his cabinet would soon consider options “to provide similar opportunities” to Hong Kong people as those offered by Britain, which on Wednesday said it was prepared to offer extended visa rights and a pathway to citizenship for almost three million of the city’s residents.

“When we have made a final decision on those arrangements, then I’ll make the announcements,” he said. “But if you are asking: are we prepared to step up and provide support? The answer is: Yes.”

Australia could potentially offer Hong Kong residents temporary protection visas that allow refugees to live in the country for up to three years.