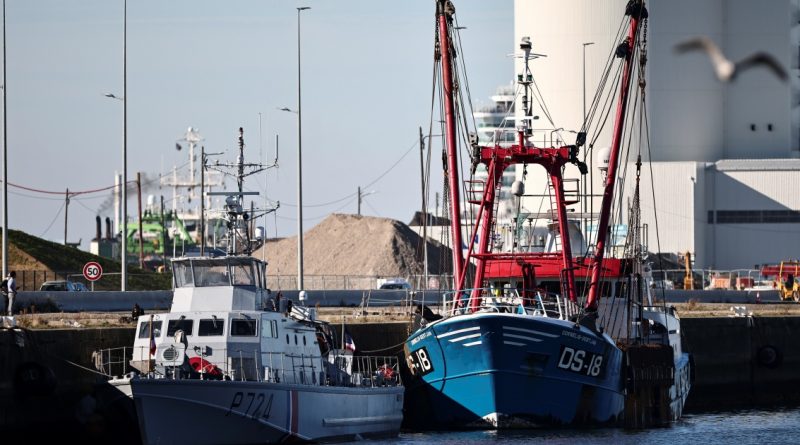 French maritime police fined two English fishing vessels in the Bay of the Seine River and kept one in port in Le Havre overnight over a fishing row with the United Kingdom.

One received a fine for failing to immediately submit to the check while the other “was not on the lists of licenses granted to the United Kingdom” by the European Commission and France and was diverted to the port of Le Havre by a maritime police patrol boat, where it is being detained.

The checks, fairly common during “scallop fishing season”, are also “part of the tightening of controls in the Channel, in the context of discussions on licenses with the United Kingdom and the European Commission,” the Ministry’s statement said.

A UK Government spokesperson said in a statement: “We are aware of reports of enforcement activity being undertaken by the French authorities and are looking into the matter urgently.”

They say around half of the fishing licenses requested have not been received and of not respecting the deal struck before the country’s final departure from the bloc.

The post-Brexit agreement with the European Union said fishermen could continue to fish in British waters if they obtained a license and proved that they previously were fishing there.

“Our wish is quite simply that the agreement that was reached is respected… When we sign an agreement, and that was the case in the context of Brexit, the agreement must be respected. Our patience is reaching its limits,” France’s government spokesman Gabriel Attal said at a press conference.

Attal said from November 2, France could progressively introduce “systematic customs and sanitary controls” on goods coming across the Channel, including a ban on unloading seafood at ports and checks on trucks, which could slow down trade.

He added that other measures related to electricity supplies to the islands of Jersey and Guernsey could be issued in the weeks after.

The measures should be officially announced this week, Attal said, and would come into effect unless the UK issued more fishing licenses to French fishermen.

The British government branded the moves “disappointing” and “disproportionate”.

“The threats from France are disappointing and disproportionate, and do not correspond to what one would expect from a close ally and partner,” said a government spokesperson.

Britain’s Brexit Secretary David Frost denounced the absence of “official communication from the French government on this subject”.

France’s Europe Minister, Clément Beaune, retorted on television on Thursday morning: “I accept that we have made threats and maintained a dialogue. Now we have to speak the language of force because, unfortunately, this British government only understands that.”

The French government met with local regions and municipalities about what measures they could take locally as well in order to address the issue.

“We want the agreement to be respected [so] that our fishermen can work in accordance with what had been decided in the agreement with the British,” Attal said.

“We note in particular that the UK requires proof of geolocation for vessels under 12 metres, whereas such proof is not provided for in the TCA [EU-UK Trade and Cooperation Agreement] and fishermen are not required to do so under EU rules,” the EU countries said.

The UK said at the end of September that it had a “reasonable” approach to providing fishing licenses.

“The government has this year issued a large number of licences to EU vessels seeking to fish in our exclusive economic zone (12-200 nautical mile zone) and our territorial sea (6-12 nautical mile zone),” the UK Department for Environment, Food & Rural Affairs.

“Our approach has been reasonable and fully in line with our commitments in the Trade and Cooperation Agreement (TCA),” they added.

Britain’s Environment Secretary George Eustice told parliament on Thursday that “any vessel that qualifies has been granted access”.

“The reality is that these vessels didn’t have a track record in our waters,” he said. “Because the French were struggling at one point to provide the data, the Uk government actually went into the commercial market and bought AIS (Automatic Identification System) data for some of the French vessels so that we could help understand their application better.”

He added that he had discussed the matter on Wednesday with EU Commissioner Virginijus Sinkevicius and stressed that “it is important we remain calm, de-escalate it.”

France’s Minister for the Sea, Annick Girardin, told RTL radio on Thursday morning that the country wants the European Commission “to convene, and this what the Prime Minister is going to reiterate in the next few days or hours” to gather all signatories of the fishing deal and “tell the United Kingdom that they are not respecting their agreement and therefore that retaliatory measures can be put in place by the European Commission.” 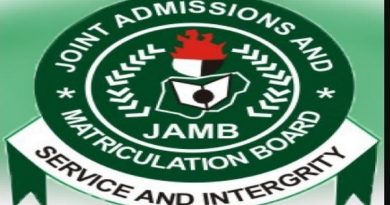