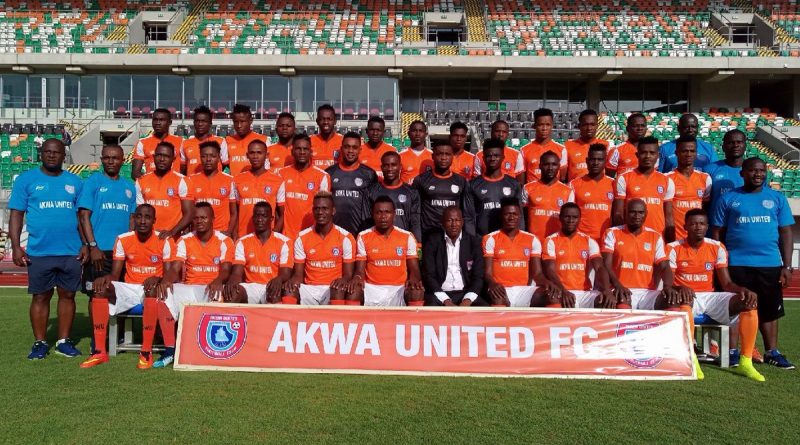 The Head Coach of Akwa United, Kennedy Boboye has revealed that his team has put the memories of Friday’s ghastly motor accident behind them and will continue their impressive home run on Wednesday when they engage FC Ifeanyi Ubah in a mid-week NPFL game in Uyo.

He gave this assurance in a statement signed by the Media Officer of the Club, Mfon Patrick and made available to newsmen in Uyo yesterday.

The Match-day 16 fixture which is scheduled to kick-off by 4pm at the Godswill Akpabio International Stadium will be the Promise Keepers’ first match after the team’s involvement in an auto crash on Friday on their way to Kaduna for NPFL Match-day 15 game against Jigawa Golden Stars; the match was later postponed by the league organisers.

Coach Boboye whose team had her first training session on Monday afternoon following the incident, said that his boys are fully prepared for Wednesday’s game against FC Ifeanyi Ubah.

“We are grateful to God that all our players are in good condition and were part of our two training sessions ahead of the game. Only our Captain Otobong Effiong and striker Charles Atshimene are not in contention to start this game due to minor injuries but everyone else is physically and psychologically ready to play on Wednesday.

“The memories of that terrible accident is now behind us and from what I saw in the two training sessions we had in preparation for this match, I can say that my players are courageous and determined to go all out for a win”.

“We have done our best to make our home a fortress, and we cannot afford to drop points at home, that is why we must give our all in every match we play especially here at the Nest of Champions. Ifeanyi Ubah will come here for a fight but we are ready to do our best to ensure we carry the day.

Sixth placed Akwa United are on 23 points from 14 matches comprising six wins, five draws and three loses and coach Boboye’s men have enjoyed impressive run of form at the Nest of Champions with five victories and two draws in their opening seven home matches.

They have scored 16 and conceded nine goals with NPFL second leading scorer Ndifreke Effiong netting seven of his side’s 16 goals so far.

The Promise Keepers will be in top shape to continue their fine form over their Match-day 16 opponents who have never won a game in Uyo.  FC Ifeanyi Ubah occupied 18th position on the log with three wins, five draws and six defeats, scoring just nine and conceded 12 goals in 14 games.

In their previous 11 meetings, both teams have picked up four wins apiece while three of those matches ended in draws.

With four points behind league leaders Kwara United, victory for Akwa United on Wednesday will further move them up the rung before their weekend’s encounter against MFM in Lagos.