Chief of Army Staff (COAS), Lt.-Gen. Ibrahim Attahiru, has distanced himself from any wrongdoing in the procurement of arms and ammunition running into billions of naira from 2011 till date.

Appearing before the Olaide Akinremi–– led House of Representatives ad hoc committee investigating the matter in Abuja, the COAS said it behoved the lawmakers to ask “specific individuals” involved in the deals to account for the funds budgeted for procurement of weapons over the years.

He noted: “You may wish to recall that I took over the mantle of leadership barely two months ago. The period from which you wanted this report, having been summarised in the executive summary, explains whatever details you will require. Issues of procurement that you so demand to know were done by specific individuals.

“I will rather you call these individuals to come and explain to you very specific issues. The general issue has been contained in the report and the summary. It goes to speak about the entire report and it explains it.”

He also declined to throw light on the documents he tendered when asked by two members of the panel, Bede Eke and Samson Okwu, in line with legislative practice.

The committee, thereafter, went into a closed session after excusing journalists at 5.40 pm.

Meanwhile, some provisions of the proposed National Human Rights Commission Repeal and Re-enactment Bill 2020 came under severe criticism yesterday, as the Nigerian Army and others picked holes in them.

This came as the Executive Secretary of the commission, Anthony Ojukwu, Professor of Law, Ademola Popoola, and others sought judicial powers for the organisation.

During presentations at a one-day public hearing organised by the joint committee of the Senate and House of Representatives on Judiciary, Human Rights, and Legal Matters, divergent views were expressed by stakeholders.

The COAS, who was represented by the Director of Legal Services, Brigadier General MU Wambai, faulted some of the provisions, adding that it was wrong for the drafters to have excluded the Army, Navy, Air Force, police, and the DSS from the commission’s governing council among others.

In his submission, Attorney General of the Federation and Minister of Justice, Abubakar Malami, represented by Anthony Abah, said Section 5, Paragraph K should be expunged for giving the commission functions that overlapped with the Law Reform Commission.

But the Executive Secretary, Ojukwu, backed the provisions seeking to empower the body to make declarative awards like the high courts.

Chairman of the committee, Senator Michael Opeyemi Bamidele (APC Ekiti Central), harped on the need to widen the scope of funding for the commission for impartial and independent operations. 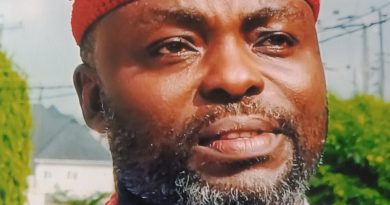