This position of Adamu is not unconnected with the overbearing illegal activities of some tactical squard of the force particularly FSARS. There has been growing anger of recent over routine harassment and atrocities allegedly committed by its officers.

In addition, he said no personnel of the Force is authorized to embark on patrols or tactical assignments in mufti. They must always appear in their police uniforms or approved tactical gear.

The IGP’s directives come against the backdrop of findings by the leadership of the Force that a few personnel of the Tactical Squads hide under these guises to perpetrate all manner of illegality, contrary to the Standard Operating Procedure (SOP), Code of Conduct, and Rules of Engagement establishing the squads.

In a statement signed by the Force Public Relations Officer, Frank Mba, the IGP also warned the Tactical Squads against the invasion of the privacy of citizens particularly through an indiscriminate and unauthorized search of mobile phones, laptops, and other smart devices.

They are to concentrate and respond only to cases of armed robbery, kidnapping and other violent crimes when the need arises.

The IGP notes that the FSARS and other Police Tactical Squads remain a critical component of the Police Force in confronting prevailing and emerging violent crimes in the country.

He condemned every act of unprofessionalism, abuse of human rights and high-handedness by some personnel of the Squads.

To effect compliance, the IG, ordered the X-Squad and the Monitoring Unit to embark on immediate and massive nationwide monitoring of activities of Tactical Squads and other police officers on the road. They are to ensure prompt arrest, investigation, and prosecution of all erring police officers who violate these directives and other extant regulations of the Force.

He, therefore, charged them to ensure effective supervision and mentoring of the personnel of the Tactical Squads under their jurisdiction.

Videos shared recently on social media appear to show officers extorting money and even shooting people. The hashtag #EndSARS is trending on Twitter, triggered by the alleged killing of a young man by officers from the unit in Lagos on Saturday. Lagos Governor Sanwo-Olu tweeted on Sunday: “Appropriate actions will be taken, and speedily too.” Many people are also using the hashtag to share stories of brutality attributed to the police unit.

Meanwhile, this is not the first time that the Nigeria Police High Command is restructuring and redefining the Tactical Squads of the Force particularly the FSARS following several complaints.

It could be recalled that in August 2018, Vice president Yemi Osinbajo directed the then Police Management to review the operations of the Special Anti-Robbery Squad, SARS.

The VP also asked the human rights council, NHRC, to investigate various allegations of rights abuses by the Police unit following persistent complaints and reports on the activities of the SARS that border on allegations of human rights violations. 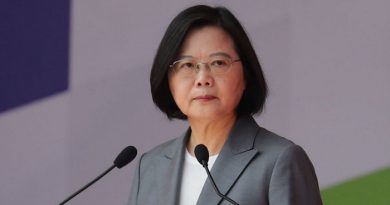 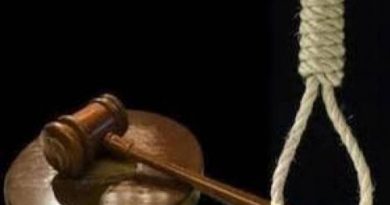