The Inspector-General of Police, Mohammed Adamu, has directed immediate investigations into the suit challenging the legality of the States’ Judicial Panel of Inquiry investigating the allegations against officers of the defunct Special Anti-Robbery Squad (SARS).

Force Public Relations Officer, Frank Mba, disclosed this in a statement on Thursday, hours after the police filed the suit.

“The IGP, who gave the order on the heels of trending reports in the media expressed the disapproval of the Force Management Team on the matter and ordered investigations into the alleged role of the Force Legal Section including its head.

The earlier suit filed by NPF at the Federal High Court in Abuja on Thursday had sought an order to stop the judicial panels of inquiry set up by state governors to probe allegations of police brutality and human rights abuses of the disbanded Special Anti-Robbery Squad and other police tactical units.

The NPF, through their lawyer, Mr O. M. Atoyebi, argued in the suit that the state governments lacked the power to constitute the panels to investigate activities of the police force and its officials in the conduct of their statutory duties.

In the suit, the police urged the court to restrain the Attorneys-General of the 36 states of the federation and their various panels of inquiry from going ahead with the probe focussing on police impunity.

According to the police the state governments’ decision to set up such panels violated the provisions of section 241(1)(2)(a) and Item 45, Part 1, First Schedule to the Constitution and Section 21 of the Tribunals of Inquiry Act.

The Police argued that by virtue of the provisions of 241(1)(2)(a) and Item 45, Part 1, First Schedule to the Nigerian Constitution only the Federal Government had exclusive power to “organise, control and administer the Nigeria Police Force”.

It, therefore, urged the court to declare that “the establishment of a panel of inquiries by the governors of the various states of the federation of Nigeria, to inquire into the activities of the Nigeria Police Force in relation to the discharge of her statutory duties is a gross violation of the provisions of Section 241 (1)(2) (a) and Item 45, Part 1, First schedule, 1999 Constitution of the Federal Republic of Nigeria (as amended) and Section 21 of the Tribunals of Inquiry Act, Cap.T21, Laws of the Federation of Nigeria, 2004”.

The NPF said the action of the State Governors “is unconstitutional, illegal, null and void and of no effect whatsoever.”

It asked the court to restrain the defendants from conducting any investigation or setting up panels to probe the affairs of the security agency.

In the meantime, “ the Force Legal Officer has been queried and may face further sanctions if found guilty of dereliction of duty,” the statement read.

According to the IGP, the police remain committed to fulfilling all their obligations with regards to the disbandment of the defunct SARS, the ongoing proceedings of the judicial panels, and all other police reforms.

The defendants who were sued by the NPF, include the Attorney-General of the Federation (AGF), the National Human Rights Commission (NHRC) which set up the Independent Investigative Panel sitting in Abuja, the Attorneys-General of the 36 states, and chairmen of the states’ panels.

The development may not be unconnected with the pockets of cases indicting officers of the disbanded SARS squad for complicity in wrong doings.

Meanwhile, the FCT Independent Investigative Panel on allegations of Human Rights Violations by the defunct SARS and other units of the Nigerian Police Force has recovered a title document in relation to a parcel of land in Abuja and handed over to its owner, Gabriel Ofoma.

Ofoma, had in a petition to the 11-man panel, led by Justice Suleiman Galadima (rtd.), said he submitted the document to court in relation to a criminal trial which ended with the death of the defendant.

He explained that he had returned to the court to retrieve the document where it was deposited when some policemen, led by Inspector Iliya Dangsedi, accosted him and seized the document.

The panel had earlier ordered the police to produce the title document before it. Police complied and the document was returned to the petitioner. 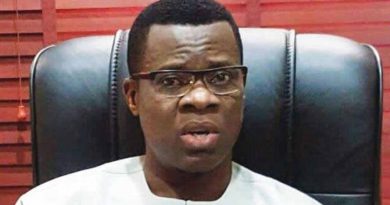 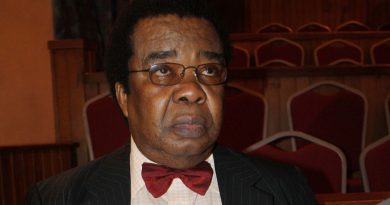 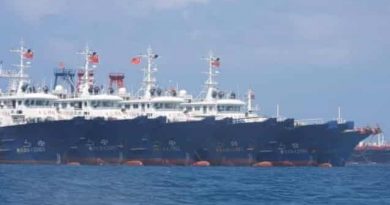