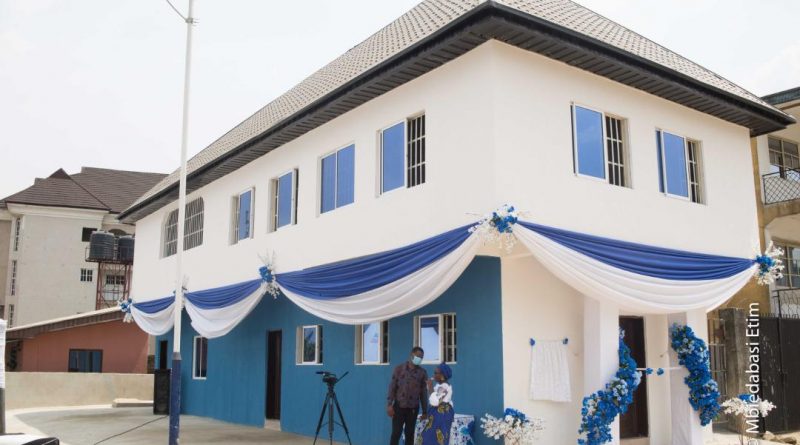 Speaking at the inauguration ceremony, the President (Uyo branch) of IWADU, Mr Linus Akpan applauded past presidents who showed commitment towards the completion of the project.

He thanked the Chairman of the Foundation and Commissioner for Information and Strategy, Akwa Ibom State, Comrade Ini Ememobong, for his enduring support for the organisation and prayed God to bless him.

Handing over the office complex to executive members of IWADU Uyo Branch, the Chairman Ini Ememobong Foundation, represented by the Foundation’s Chancellor, Ulap Bassey Esang noted that the feat wouldn’t have been achieved without God He thanked past leaders of IWADU for their commitment towards the project and appreciated the people of Ibiono Ibom for the love and support they have shown him and promised not to let them down.

“I want to encourage the people of Ibiono Ibom to continue to give maximum support to their son who has done them proud”.

Earlier, in their separate remarks, The President-General of the organisation, Obong Dr. Effiong Inyang and the immediate Past President (Uyo branch), Mr Godwin Okon, appreciated Governor Udom Emmanuel for giving an Ibiono Ibom son the opportunity to serve in his government.

They unanimously acknowledged that Ini Ememobong’s appointment, has culminated in the many benefits the organisation has enjoyed from him.

The highpoint of the event was the official handing over of the building to the leadership of IWADU, Uyo branch.