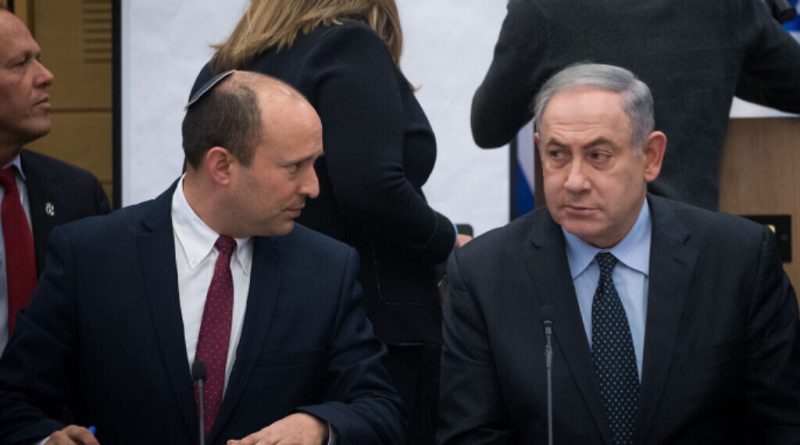 Beloved as “King Bibi” by his right-wing supporters and condemned as the “crime minister” by his critics, the hawkish and combative Netanyahu has long been the dominant, and increasingly divisive, figure in Israeli politics.

If the fragile eight-party alliance wins a majority in the 120-seat Knesset, Netanyahu, 71, will be replaced as premier by his one-time ally Naftali Bennett, a right-wing Jewish nationalist and former tech millionaire.

In the lead-up to the legislative session, coalition lawmakers — united only over their shared disdain for Netanyahu — met for closed talks, according to a spokesperson for Bennett’s party Yamina.

The diverse anti-Netanyahu bloc was cobbled together by the secular centrist Yair Lapid, a former TV presenter, and includes right-wing and left-wing groups as well as Arab-Israeli lawmakers.

The upcoming crunch vote will either end Netanyahu’s record time in office or, in case of a last-minute upset, return Israel to a stalemate likely to trigger a fifth general election since 2019.

“A morning of change,” promised a Sunday tweet by Lapid, who would serve as foreign minister under the coalition deal before taking over the premiership in 2023, provided the wobbly alliance survives that long.

Netanyahu meanwhile tweeted a photo of himself with a message to supporters that said: “Love you, thanks!”

Netanyahu, who is battling corruption charges in an ongoing trial he dismisses as a conspiracy, has been the dominant Israeli politician of his generation, having also served a previous three-year term in the 1990s.

On Saturday night, around 2,000 protesters rallied outside his official residence, waving “Bye Bye Bibi” signs and celebrating what they hope will be his departure from office.

“For us, this is a big night, and tomorrow will be even a bigger day. I am almost crying,” said one protester, Ofir Robinski. “We fought peacefully for this, and the day has come.”

The improbable alliance emerged two weeks after an 11-day war between Israel and Hamas, the Islamist group that rules the Palestinian enclave of Gaza, and following inter-communal violence in Israeli cities with significant Arab populations.

“We will work together, out of partnership and national responsibility — and I believe we will succeed,” Bennett, a former defence minister under Netanyahu, said Friday.

That day all coalition agreements had been signed and submitted to the Knesset secretariat, Yamina announced, a moment Bennett said brought “to an end two and a half years of political crisis”.

Netanyahu, who long ago earned a reputation as Israel’s ultimate political survivor, has meanwhile tried to peel off defectors that would deprive the nascent coalition of its wafer-thin legislative majority.

He has accused Bennett of “fraud” for siding with rivals, and angry rallies by the premier’s Likud party supporters have resulted in security being bolstered for some lawmakers.

– ‘Scorched earth’ -Netanyahu’s bombastic remarks as he has seen his grip on power slip have drawn parallels at home and abroad to former US president Donald Trump, who described his election loss last year as the result of a rigged vote.

Netanyahu has called the prospective coalition “the greatest election fraud in the history” of Israel and warned of the threat of a “dangerous” left-wing government.

The premier’s opponents have accused him and his allies of stoking tensions to cling onto power in a “scorched-earth” campaign.

If Netanyahu loses the premiership, he will not be able to push through parliament changes to basic laws that could give him immunity on charges he faces in his corruption trial.

Sunday’s vote comes at a time of heightened tensions in the Israel-Palestinian conflict, which has grown more bitter in the Netanyahu years, in part due to the expansion of settlements considered illegal under international law in the occupied West Bank.

Recent days have seen police crackdowns on Palestinian protests over the threatened eviction of families from homes in Israeli-annexed east Jerusalem to make way for Jewish settlers, a month after similar clashes fuelled the latest Gaza war.

Meanwhile, right-wing anger has grown in Israel over last week’s postponement of a controversial Jewish nationalist march through flashpoint areas of east Jerusalem.

The “March of the Flags” is now slated for Tuesday, and the agitation surrounding it could represent a key initial test for a new coalition government.

Hamas, the militant group that rules Gaza, said ahead of Sunday’s session that the political developments wouldn’t change its relationship with Israel.

“The form the Israeli government takes doesn’t change the nature of our relationship,” said spokesperson Fawzi Barhoum. “Its still a colonising and occupying power that we must resist.” 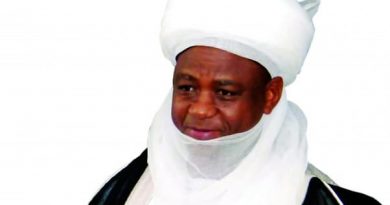