The Kebbi State Government and Nigerian National Petroleum Corporation (NNPC) are to continue to strengthen collaboration on production of biofuel and renewable energy.

Mr Yahaya Sarki, Adviser to Governor Atiku Bagudu of Kebbi on Media disclosed this in a statement made available to Newsmen in Birnin Kebbi on Friday.

He said the visit was to renew efforts toward strengthening the earlier collaboration on biofuel and renewable energy production in the state.

In his remark, the GMD reaffirmed the commitment of the NNPC to its Memorandum of Understanding (MoU) signed with Kebbi State on ethanol production.

Kyari informed the governor of exploratory drilling in the Sokoto Basin Area that is set to begin with a large part of it in Kebbi State.

He commended Kebbi State Government for its determination towards actualisation of the programme.

Bagudu told the GMD that the state’s cassava cultivation had steadily been increasing annually, preparatory to the kick-off of the programme.

He also discussed hydrogen production programme for which a feasibility study in conjunction with German experts would soon commence in the state.

The Chairman State Standing Committee on Bio fuel, Prof. Muhammad Kaoje-Abubakar, Commissioner for Budget and Economic Planning, Dr Abba Sani-Kalgo and other officials accompanied the governor during the visit.

It would be recalled that in November 2017, the Kebbi government and NNPC signed an MoU to set-up an ethanol production company.

“We Must Go Back To Functional Local Govt Systems” _ Lawan 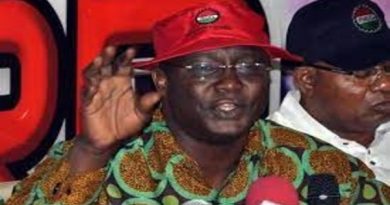