The ancient community and rich cultural heritage of the Mbube Nation at the weekend was thrown into frenzy as the community played host to distinguished Nigerians from all works of life in the Mbube, Bitchong – Ifife New Yam Festival 2018.

The Lens edito, Onyi Ogar, who attended the event reports that the new yam festival excited Nigerians and that during the one week of celebration, all roads had led to Mbube. We also report that the unique and epoch making occasion was a success story of the cultural identity and hospitality of the people.

The geography is as interesting as the people. The Rebikem River is the main river that runs across Mbube and empties into the Aya River on the Bekwarra/Mbube boundary. The river takes it’s source from the Obudu hills. There are two main seasons in the area; the rainy season and the dry season. The soil is fertile. Tropical crops like yams, water yam, cocoyam, cassava, maize, melon, groundnut, okro, et cetera grow well on the soil. Cash crops like Rubber, Cocoa, Banana, Kolanut, Palm produce and Plantain are not left out as they also register bountiful harvest in the Mbube soil.

Mbube is one of the Bantu speaking people of Ekoi group, whose origin stretch back to the 18th century, that is about 1700 AD with its point of migration presumably the Nigerian/Cameroon border. The origin of Mbube is woven around some legends. One of such legend maintains that Mbube are children of one Agba known in some literatures as Ochiochupia who once lived in a place called Buda several years ago. Buda, believed to be one of the leading cities witnessed strange attack from some neighbors. These attacks resulted in their migration. Their migration to the present location took them through Ukwa, Wula, Olum, Buanchor, Ubang, Alege and Bittie at different times. These waves of migration took the people hundreds of years, before eventually landing in their present location.

The venue of the 5th edition of Bitchong – Ifife Mbube New Yam Festival 2018 was at a slippery community called Odajie about 15 minutes’ drive from Ogoja Local Government Headquarters.

A month to the event, preparations for the festival and receiving distinguished visitors at home and in the diaspora were completed. The mood of the community was high with each passing day and coloured with diverse activities.

The festival began weeks earlier with football matches among the youths drawn from all the thirteen communities in the area. The football matches were used to sensitize the people of the new yam festival. The Lens newspaper was informed that the occasion was a prelude to the beauty pageant organised for young maidens to display their beauty and talents on the eve of the festival. Other competitions on board were dance, empowerment of Best Harvesters (Male and Female), Best Palm Wine Tapper as well as traditional dishes and delicacies among others.

Speaking with our reporter at the event, His Royal Highness, Buturo Godwin Odu, Chairman Mbube Traditional Rulers Council and the Paramount Ruler of Ogoja Local Government Area, explained that the festival promotes and develops the cultural heritage of the Mbube nation in line with the Cross River State tourism initiative. “The festival fosters unity and solidarity through the projection of the Mbube culture”. He also said “celebrating the New Yam Festival was creating a positive impact on Mbube cultural revival effort. The product of this effort is stimulating the economy.

Hon. Jarigbe Agom Jarigbe, Member Representing Ogoja and Yala  federal constituency at the National Assembly expressed satisfaction with the quality and cultural hospitality displayed by the Mbube nation. Member representing Ogoja State Constituency in the state House of Assembly, Hon. Peter A. Odey said “this beautiful harvest is indeed a confirmation that hard work is the bench mark of an average Mbube man”.

Chief Akpeh Ogon, president of Mbube Welfare Organisation, Calabar, told The Lens that Bitchong – Ifife Mbube New Yam festival has been promoting productivity, peace, unity and progress of the Mbube nation for many years now. The Chairman, Central Working Committee of the 2018 festival, Chief Patrick Agida expressed satisfaction with the peaceful conduct of the event.

Most of the Mbube sons and daughters who spoke with The Lens reporter said that the anniversary has gone a long way in meeting the yearnings of the entire Mbube community for the purpose of cultural identity and overall unity.

The Lens reports that the thirteen villages in the community were in high spirit during the celebration and the festival was a rewarding experience. 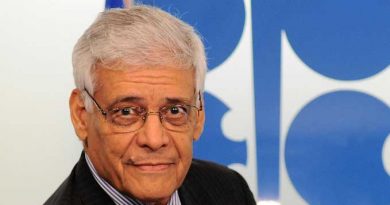 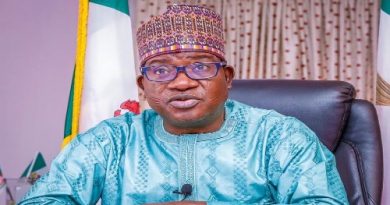 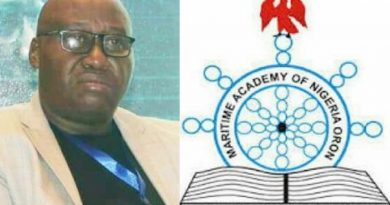 “I didn’t get extra funding to do what you have seen here, it is just that I blocked leakages”_ MAN Rector