The military, yesterday, said it was deploying warfare and lethal force (popularly known as kinetic operation) in the counter-terrorism and banditry war nationwide.

During a national security and defence summit in Abuja, stakeholders agreed that the worsening insecurity demanded the deployment of full military force to crush the insurgents, bandits and other elements that have taken up arms against the state.

Chief of Defence Staff and organiser of the event, General Lucky Irabor, promised that the military would be deploying kinetic operations to check insurgency and banditry.

The resolution came at a time most state governments were negotiating with and granting amnesty for bandits and abductors.

The Federal Government had also designed a controversial non-kinetic package known as Operation Safe Corridor, under which repentant terrorists, who willingly surrendered, are granted pardon, rehabilitated and reintegrated into the society.

But the counter-insurgency war has changed under the new leadership of the military.

Irabor said President Buhari had given a clear mandate for action and stability of the situation.

He said:” The summit is designed to quicken, support and consolidate the kinetic effort. Our strategic objectives are manifold and imbued to neutralise non-state actors and other agents of violence in our communities, forests and countryside to stabilise the security situation across the nation for law and order, and lastly, to provide the enabling environment f0r peace and development.”

The CDS added: “This presupposes that the military would need support from other security agencies during the operations and would be required to give support to others at different stages of the internal security effort.”

He affirmed that the most populous black nation was in a “critical situation following resurging terrorist’ attacks, banditry and abductions across the nation.”

On the project, the minister observed: “We are in a critical situation that requires the understanding, buy-in, support and collaboration of important stakeholders and key players in this strategic option and national task. This is important to minimise distractions and maximise civil support in order to facilitate operational success and mission outcomes.” 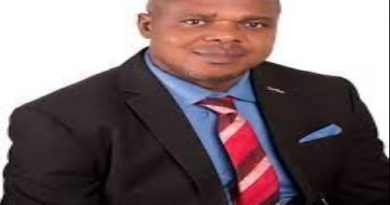 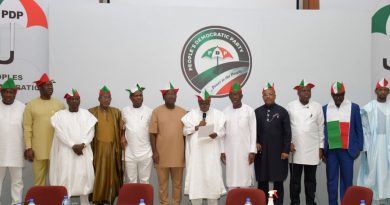 PDP Governors says “it is time to end banditry, terrorism” 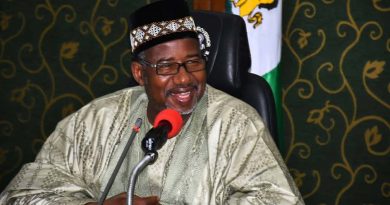