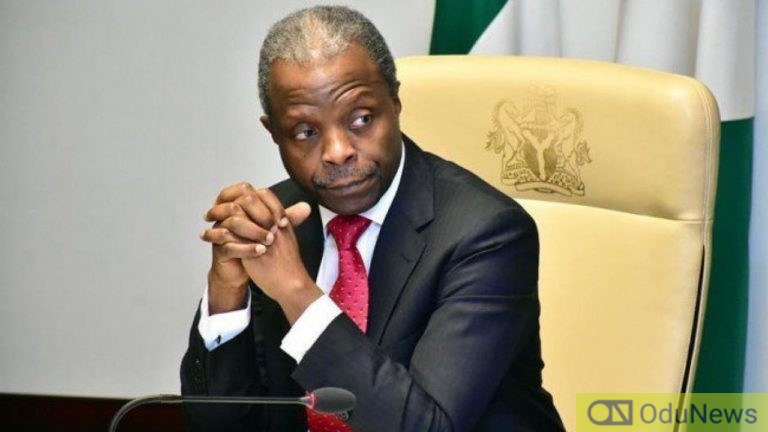 The vice president said that since it was introduced, the National MSMEs Award had grown appreciably and had become a key feature of the national MSMEs space.

“I bring you warm greetings from President Muhammadu Buhari, who is, as you know, particularly proud of the impact and contributions of MSMEs in the economy.

“I am particularly delighted to have another opportunity to see some of our young and innovative entrepreneurs, here in this hall today.

“Since its inauguration in 2018, the National MSMEs Awards has grown in leaps and bounds.

“It has become a prominent feature in the annual event calendar of the MSMEs community in Nigeria, attracting thousands of prospective business owners, established entrepreneurs, regulators and financiers.

“In the first edition of the awards in 2018, some 500 applications were received; I am told that over 10,000 entries were received for this year’s edition alone.’’

He said that the large number of entries had demonstrated that the interest shown in the awards by Nigerian entrepreneurs was tremendous.

Osinbajo said that in the past years, winners in the different categories had gone home with various prizes that had impacted their businesses and profiles – cash prizes, cars, and of course local and international media attention.

“The awards have also inspired many young entrepreneurs to greatness and some of the stories are simply incredible.

“This year we also have a selection of outstanding winners.

“Our MSME of the Year “Bold Artistry” is a company with a team of young and creative artists working on improving the arts industry by introducing polystyrene to their works.

“ With this they have created impressive artworks and are providing jobs for many budding artists.

“Osky Integrated has created its niche in the business of catfish farming; the founders are adding value to fish farming through processing for the local and export market

“Other winners such as Vegas Gold and the Footwear Academy are promoting made in Nigeria products in the fashion and footwear industries respectively.’’

He said that the decision to make the annual celebration of excellence and innovation in the sector a week-long event was to draw more attention to the challenges and prospects in the MSMEs sector.

According to him, all the finalists typically get, as part of the prize package, two weeks of media attention to showcase and market their products.

“I am glad to note that this year will be even bigger when compared to the limitations experienced during the 2020 edition due to the COVID-19 pandemic,’’ he said.

The vice president also gave highlights on some of the Federal Government’s support for the MSMEs sector.

He said that in the aftermath of the pandemic, the Federal Government designed the Economic Sustainability Plan (ESP).

Osinbajo said that the plan was to save jobs and create new opportunities.

“ One of the interventions in the plan was the MSMEs Survival Fund which comprises of a Payroll Support scheme for qualifying businesses, a Guaranteed Offtake Scheme–a grant scheme for artisans and transporters, and free business name registration,’’ he said.

In her remarks, Hajia Mariam Katagum, Minister of State for Trade and Investment, said the event was innovative as it coincided with the UN MSMEs Day, June 27.

In an overview, Amb. Adeyemi Dipeolu, Special Adviser to the President on Economic Matters, Office of the Vice-President, said that the event was intended to celebrate and acknowledge the contributions of small businesses to the Nigerian economy.

The awards which came in 13 categories saw the awardees winning various sums of money, six brand new cars, among others.

Tola Johnson, Special Assistant to the President on Micro Small and Medium Enterprises (MSMEs), Office of the Vice President, had recently announced that the portal for the fourth National MSMEs Award would be open from May 10.

Johnson, who is also the Coordinator of, Project Delivery Office (PDO), said that a new portal www.msmeclinics.gov.ng was created for the fourth National MSMEs Award.

President Buhari, through the vice president, moved to empower and reward MSMEs across the country which gave birth to National MSME Clinics in 2017.

Some offshoots of the clinics include the MSMEs One-Stop-Shop, the Shared Facility Initiative and the MSMEs Awards conceived in 2018. 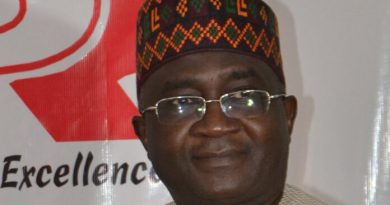