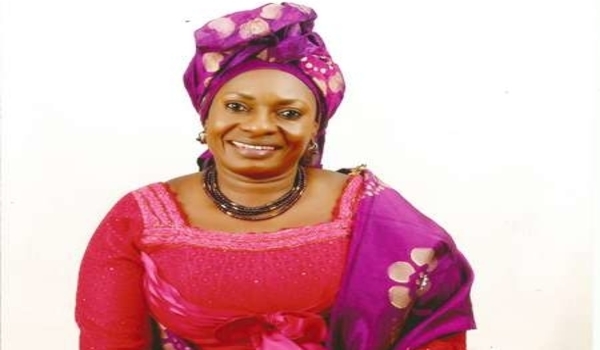 The Minister of Women Affairs, Mrs Pauline Tallen, has commended the Armed Forces of Nigeria, Police and other security agencies for their commitment to gender mainstreaming in defence and security sector.

Tallen gave the commendation at the 2nd Annual Security Sector Forum on Women, Peace and Security in Nigeria, organised in league with the Defence Headquarters on Thursday, in Abuja.

The theme of the event “Mainstreaming Gender in National Early Warning Systems and Security Challenge” witnessed paper presentations by experts and researchers.

The Minister said the UNSCR 1325 was unanimously passed by the Security Council on Oct. 31, 2000, as the first of several resolutions on Women, Peace and Security (WPS).

She said the first forum led to the launch of the gender policy for the AFN and upgrading the position of the Gender Advisor to a Directorate cadre in the military.

“We were hoping that the Chief of Defence Staff as our true He-for-She Champion would have elevated the present senior officer occupying that office to a Major General as an icing on the cake for Nigerian women.

“At least, this will leave a legacy for this administration and encourage more women in the military to aspire, knowing fully well that such a seat is the exclusive preserve of the women.

“I am confident that even before the end of this event; the CDS can still raise the bar for women in the military,” she said.

According to her, the contributions of the Nigeria Army, the Navy and the Air Force through the concerted efforts of all the Security Chiefs in ending insurgency and emerging crimes across the country cannot be overemphasised.

“It would be recalled that the Nigeria Police was the first to develop its Gender Policy in 2012,” she said.

Tallen also commended DSS for the pro-women policies it embarked upon such as training and deployment of an all-female squad in the fight against insurgency and other surveillance and information gathering operations to tackle crimes.

She said that NSCDC had also introduced gender-sensitive programmes to provide targeted protection services for women, children and girls who are victims of human trafficking and Sexual and Gender-Based Violence (SGBV).

“We are also happy to note that the NDLEA has also joined in the campaign to mainstream women in the core decision making positions and appointing them as zonal leaders of the agency.

“Across other paramilitary services, we have witnessed the setting up of Gender Desks,” she added.

The Chief of Defence Staff, Gen. Lucky Irabor, said the event was germane to ensuring that the Nigerian security sector remained at the forefront of gender mainstreaming among the comity of nations.

Irabor, who was represented by the Chief of Defence Policy and Plans, AVM Dahiru Sanda, said that women had contributed significantly to the development of the nation’s armed forces.

He said that women had innate capabilities that when harnessed would contribute immensely to conflict resolution and improve security towards enhancing national development.

“Today, we in the armed forces now have female combatant officers in all services with one of the best fighter pilots.

“There are more of these talents among us we will stop at nothing to give them the platform to continue to thrive.

“Accordingly, the AFN has embraced gender mainstreaming as a national affirmative action of 35 per cent involvement of women in all our engagement and activities.

“The gender policy for the armed forces is a testimony in this regard,” he said.

The Gender Adviser to the Chief of Defence Staff, Brig.-Gen. Christiana Thomas, said the event was to ensure gender sensitivity to disaster early warning.

She commended the government for its commitment to gender mainstreaming in the security sector.

Bature said that women have historically been underrepresented in leadership positions across private and public organisations around the globe.

According to her, gender inequality and gender discrimination remains very real challenges for women workers in general and especially so for women striving for leadership positions.

“Yet organisational research suggests that female leaders may bring a unique constellation of leadership-related traits, attributes, and behaviours to the workplace that may provide advantages to their organisations,” she said.

Yusuf said the patriarchal system found mainly in the security sectors in Africa which had worsened disparities between men and women in the mediation or peace negotiation process in post-conflict reconstruction.

He delivered a paper titled, “Mainstreaming in ECOWAS Sub-Region Peace and Security Architecture; a case study of Nigeria.” 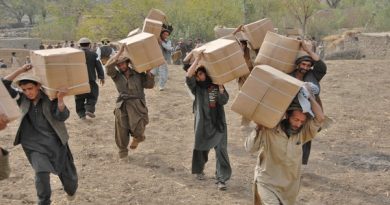