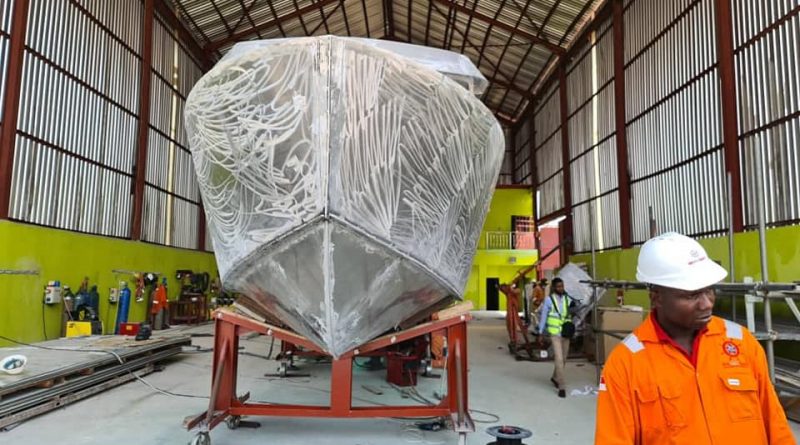 The seeming lack of interest by Akwa Ibom indigenes in maritime as well as oil and gas worries Charles Udonwa, CEO of Nofin Group of companies who charges Akwa Ibomites to think less of political appointments but develop more interest in maritime business.

He made this charge yesterday after conducting newsmen around his shipyard sited along the Ikot Abasi-Port Harcourt highway, Oruk-Anam LGA, in Akwa Ibom State.

The shipyard is a private investment of a Singaporean based Akwa Ibom born ship manufacturer,

“This is a private iinvestment. Akwa Ibom State government has provided a secured environment and community support for the investment. We will soon embark on construction of other sea going vessels, including, ferries, barges, fishing trawlers among others.

“This is the only shipyard in Nigeria that is going into ship building, others are only into maintenance and repairs. We are now building security vessels to add value to Nigeria and reduce piracy in the country. The International Communities are shouting everyday over piracy, just last week they killed one crew member and abducted fifteen others at Turkish container vessel”.

According to him, the Amnesty Nigeria and the Niger Delta Development Commission (NDDC) have approached the company to train Niger Delta youths on ship building, saying that, the aim was to take the youths away from cultism, militancy, kidnapping and armed robbery to a fruitful venture.

Besides, the training would avail the youth’s opportunity to become professional ship builders and that would enable them to get a job in any part of the world.

“NDDC approached us and negotiate on training some youths interested in ship building from this area and we agreed to partner with them. Even Amnesty Nigeria has also approached us demanding cultists and militants to surrender their arms and be trained in the shipyard.

“This is going to open up the opportunity for our youths to be trained and provide employment. Our youths will receive first hand training so that when they are specialized, they could have access to build ships in Europe and other continent because people are looking for ship builders.

“We will soon embark on construction of other sea going vessels, including, ferries, barges, fishing trawlers among others. We need to build about four ferries for Calabar-Oron and another four ferries for Bonny- Port Harcourt. For Oron we are going to build a fishing fleet to boost the economy”.

He made a case for a state-owned financial institution that would help the people access credit facilities to enable them acquire ships and invest in the nation’s maritime industry.

“If Akwa Ibom people can purchase 50 ships, that could generate about 50 million dollars revenue to the State.

Meanwhile, the shipyard would officially be commissioned by the state government on Saturday 30th January, 2021at the company’s ship yard in Oruk-Anam with the unveiling of ‘MV Norfin Swift’, a 9-meter security patrol vessel. 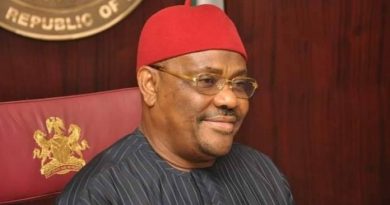