The Old Girls Association of St. Theresa’s Secondary School, Edem Ekpat in Etinan Local Government council in Akwa Ibom State, has appealed to Akwa Ibom State Government to assist in the refurbishment of the school which is in a dire state of disrepair.

The President of the Old Girls, Mrs Christiana Egwunye, made the appeal in a statement made available to Journalists in Uyo yesterday.

Egwunye, who was in the 1980 set, recalled that it was prestigious to be a student of St. Theresa’s Girls Secondary School, Edem Ekpat and parents were proud and excited to have their children in the school, but regretted the appalling situation of the school today saying no parent would like to send their wards there.

The association noted that like most missionary schools, St Theresa’s boarding school structure was recognised within and outside the state as a centre for sterling character formation and academic excellence.

The Old Girl lamented that her prestigious alma mater taken over by government 40 years ago was currently in ruins and in a sordid state of disrepair.

“We wish to appeal to our amiable and gender friendly governor, Mr Udom Emmanuel to assist St. Theresa’s Girls Secondary School and give it a facelift so that our girls can have a conducive learning environment,” she said.

They appealed to the governor’s wife, Martha Udom Emmanuel, whom she describes as an inspiring model to girls and women, to kindly support the rebuilding project of St. Theresa Secondary School, Edem Ekpat.

“Our girl children deserve to have not just a safe haven to nurture their talents but also their social skills as espoused in institutions such as St. Theresa’s Secondary School which is specifically designed for the character formation of the girl child,” she said.

The association asserted that St. Theresa’s Secondary School Edem Ekpat which was amongst the top revered girls colleges in our State was literally going into extinction today.

“The current state of the school’s decay is not only heart wrenching but should also be an indictment on our collective consciences.

’The reality of this infrastructure crisis informed the Alumni of St. Theresa Secondary School to seek the State Government’s urgent intervention.

“This plea has become necessary in view of the School‘s strategic reckoning as the only all-girls secondary school in Etinan Local Government Area,”

The president disclosed that the Alumni of St. Theresa (SATESCO) in recent months in attempt to make the school habitable for the few students to take their Junior School Certificate Examination undertook to clear the overgrown weeds and grass which had overtaken the entire school premises.

She said that the association also undertook repair of some parts of a hostel to make it a bit habitable for the few boarders who were taking their examinations.

“The Alumni through some of its members have conducted a tour of the school and would therefore plead with the State Government to critically assess the state of the decaying infrastructure with a view to repairing, upgrading and supporting the institution to give opportunity to the girl child within and outside Etinan LGA,” the Old Girl said.

It should be recalled that St Theresa’s Secondary School metamorphosed from a boarding convent primary School to its present status in 1963. It was founded and managed by the Holy Child Nuns of the Catholic Mission as a model school for molding girls with strict discipline and formal education to give them a platform to compete and contribute meaningfully towards the socio-economic activities of the society.

The school still boasts of a student population of over 500 today. However the number of boarding students has drastically reduced because of the deteriorating state of the hostels and academic buildings. The unprecedented abandonment and decay has not only destroyed the applauded boarding structure which was instrumental to molding character in the young girls but has also stifled academic excellence such that even the teachers, students and the community have resigned to fate. 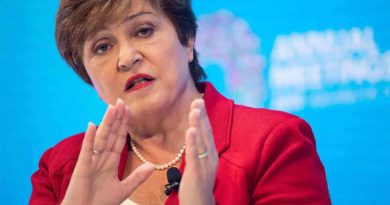