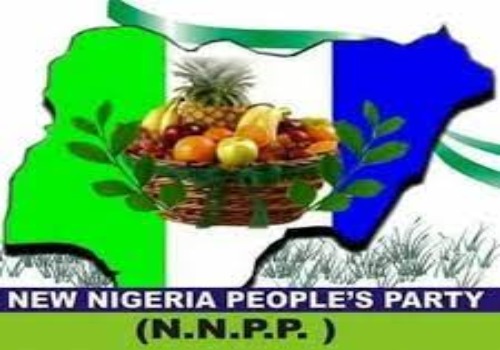 The Publicity Secretary of New Nigeria Peoples Party (NNPP) in Akwa Ibom state, Comrade Solomon Jonny, has said that opposition parties in the state have reached a consensus to take over the leadership from the ruling Peoples Democratic Party in the state in 2023 post general elections.

He made this assertion while fielding questions from newsmen at the Secretariat of The Correspondents’Chapel in Uyo, the Akwa Ibom state capital, Thursday.

According to him, the decision by the opposition is what propelled the NNPP to elect a known opposition player in the state, Senator James Akpan Udoedehe, the immediate past Caretaker Secretary of APC, as the flag-bearer with the capacity to wrestle power from the incumbent PDP.

“There is a consensus that opposition should form the next government of Akwa Ibom State in 2023 because of the obvious fact that the PDP government has not done well in the last 22 years.

“It is proper that as a party that wants to form the next government in Akwa Ibom State we brief the press and Akwa Ibom people about the agenda that we have for the State. You can recall that the process to change the PDP government in Akwa Ibom State started as far back as 2007, and gained momentum in 2011 when it was obvious that the government has failed in providing security to the people and welfare. We have made a concerted effort as a party starting from when we were Action Congress in 2007, Action Congress of Nigeria in 2011, All Progressives Congress in 2015, and 2019.

“Senator John Udoedehe has an Economic Stimulus Plan which will act as first aid to poverty, unemployment, and hunger. He intends to empower 1000 persons in each Local Government Area of Akwa Ibom State with 1,000,000 each to run small and medium-scale enterprises to become self-sufficient and generate employment no matter how small to others.

“We have calculated that if Akwa Ibom State gives NNPP the opportunity to form the next government by electing Senator John Udoedehe as governor, each year, about 31,000 people would have been so empowered to defeat poverty and in four years that a tenure runs, about 124,000 citizens would have been lifted above the poverty and unemployment mark. If in four years, we are able to create this number of employment through this scheme, we would have succeeded to reduce poverty by 45% in four years”, he said.

According to the spokesperson of the party, the poverty level in the state currently stands at 57 percent, adding that, “that is our practical way of how we shall be addressing unemployment which is the cause of poverty and hunger if Senator John Udoedehe is elected”.

He further explained that the party has other plans to make the people of the state feel and experience the dividend of democracy outside what the PDP has been offering since 1999 when it has been in charge of the administration of the state.

He said that the party was encouraged by the fact that the Akwa Ibom people now understand the need to form a government that will be answerable to them and are keying into the NNPP narrative.

“Everybody in Akwa Ibom State appreciates the fact that Senator John Udoedehe is a strong, bold, and courageous politician who takes the bull by the horns. He has said that if elected, and once he gives amnesty to the Cultists, the militants, and the bad boys generally, he will direct the strong arms of the law to ensure that there is peace and security in every part of the state.

“So the Agenda we are setting for Akwa Ibom State is basically consequent upon the wilderness experience that Senator John Udoedehe has had in the last 16-20 years in our dear State as an opposition leader.

“As we move towards 2023, we are asking Akwa Ibom people to be wary of those who seek to fraternize with them merely because of the corrupt and insensitive system. The people of Akwa Ibom State will have to choose whether to continue to keep the PDP that has failed to meet their expectations or vote in Sen John Udoedehe, Akwa Ibom State opposition leader now governorship candidate of NNPP to implement radical ideas with a radical prospect for a new Akwa Ibom State. It is only NNPP that has the face of opposition in Akwa Ibom State and an ideology that is different from the PDP.

“So we want Akwa Ibom people to know that 2023 election will be between government and opposition. They must not confuse themselves and vote back PDP parading as opposition”. 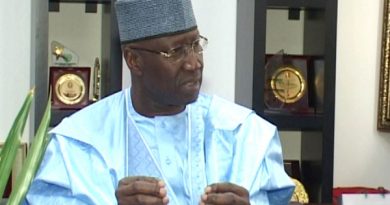 COVID-19 Restrictions: Nationwide curfew spanning midnight to 4am lifted, others 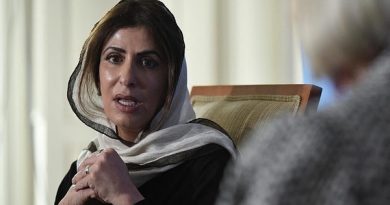