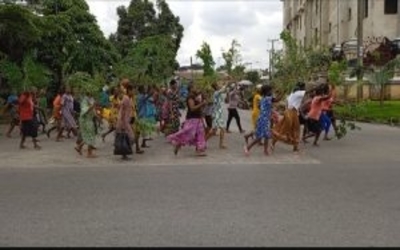 There was public outcry in Calabar the Cross River state capital over the harassment of a group of street workers protesting the nonpayment of their salaries by the state government.

The road sweepers who are attached to the Calabar Urban Development Authority (CUDA) took to some major streets in Calabar on Wednesday to draw the attention of the government to their plight but were instead tear-gassed and flogged by policemen attached to the sting unit of operation Akpakwu, a joint security task force set-up by the State government.

The action by these overzealous law enforcement officers drew sharp condemnation from organised labour, PDP, NBA as well as well-meaning individuals in the society.

Among those who joined voices to condemn this dastardly act is Prince Mike Ojisi, the PDP state publicity secretary, and Barrister Attah Ochinke, Chairman of Nigerian Bar Association, Cross River State branch who describe the attack on the woman as appalling, outrageous, and shocking wondering why the governor who recently took the 18 local council chairmen on a jamboree to Paris bankrolled from the state purse could not pay the paltry N7,500 monthly stipend to the road sweepers.

A visit by LENS on Friday to the office of the Commissioner for Environment Mr. Mfon Bassey to get his comment was naught as he was not around but an officer who spoke on condition of anonymity and confirmed by some of the protesters disclosed that the sum of N15,000 had been paid to each protesting worker from Wednesday to date being two months payment out of the 6 months owed salary arrears leaving outstanding of 4 months which would be paid by the end of October 2021 and appealed to them to sheath sword. 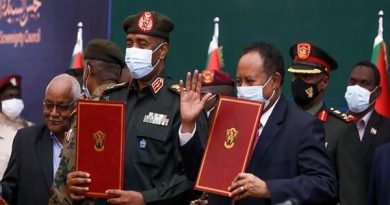 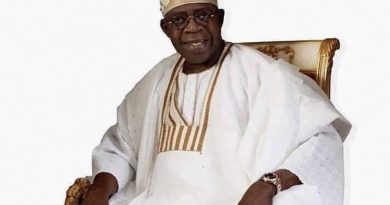