The noise over the establishment of state police is deafening by the day. The recent meeting of the speakers from the 36 states of the federation with some principal members of the National Assembly further strengthens the demand of the proponents for state police. One of the two key issues discussed and seemingly approved in the meeting, is the need to establish a state police.

Proponents have argued that the security situation in the country is dire and worrisome. And the federal government with its agencies of national security, seems helpless to redress the abnormally. The statement by the National President of CAN, pastor Bayo  Oladeji, in the aftermath of the Plateau killing buttresses this pathetic helplessness of the national government.

The recent dumping of the ruling APC by the Benue State governor, Samuel Ortom, is not unconnected with the blood bath in the state which has become the flash point of herdsmen attacks in the Middle Belt region.

The Deputy Senate President, Ike Ekweremadu, had earlier after the invasion of some communities in Plateau, reiterated his call for the establishment of state police. His statement read “There is no way you will have a federation like Nigeria, as big as it is, with all the diversities and continue to operate a centralized police and expect it to work. It will never work”.

Senator Ahmed Ibrahim Lawan, Deputy Majority Leader, while expressing resentment on the killing of Ms. Lynda Igweatu, a serving corp member in Abuja, said “Am not unaware of the agitation for the creation of state police but Mr. President you will know that there are some states in this country that cannot afford to establish state police. What it means is that, if the agitations succeed in the senate and House, the consequence will be that those states that are going to rely heavily on the federal police will continue to go through this vicious cycle.

The comment by Hon. Chief Alex Eric, a former corp and local government chairman; a former member and minority leader of the CRSHA, in his appearance in The Lens arena recently, was unfavourably disposed to the establishment of police institutions in the states. Said he “There should be no state police in the country. Any state with state police means there will be no opposition there. In the local government for instance, have you seen where any other party wins election where the dominate party in the state is involved. Where PDP or APC wins, they take all.

The tinkering with the constitution to accommodate the establishment of state police should be approached from two angles. The first bothers on the structure of the new institution which should enhance its credibility. The Lens aligns with the idea of having a clustering of states in a given geo – political zone to form a police institution. This scenario of a zonal or regional police formation will have an Inspector General elected on a rotatory basis from the constituent states. This way, the fear of the opponents that the institution will be abused by the chief executives in the states is doused. The second, and often rarely talked about, is the editing of the word “Force” from the nomenclature of the institution and should rather read “Police Service”. Arm carrying corps are physically and psychologically empowered, which explains some of their untoward behaviors while policing the society.

The Lens aligns with this call for state police but the needful has to be done to actualize it. The constitution of the Federal Republic of Nigeria as it is, does not enhance this position. The constitution has to be unbundled to accommodate regig/ping. Call it true federalism or restructuring, powers including that of finance, should be devolved to other tiers of government to enable them provide legal backup as well as funds to finance the new security structure. 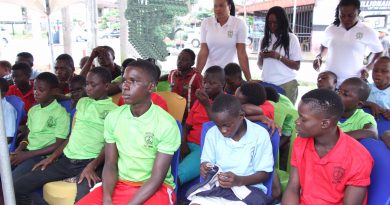 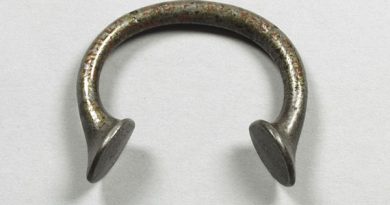 Nigeria Leads Pack of Poor People in Africa_ May