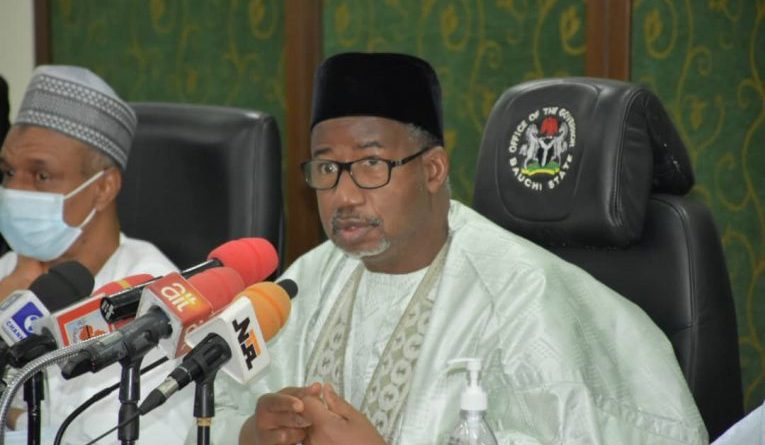 Bauchi State Governor, Senator Bala Mohammed, Thursday warned that Nigeria will be in chaos and financial hardship if the NNPC does not rethink its decision to make zero remittance to the Federation Account in April because of the need to defray the cost of petrol subsidy.

The NNPC had in a letter to the Accountant-General of the Federation warned that it would be unable to make any remittance to the central account of the federation for distribution in May because it needed to defray around N111 billion cost of February’s subsidy on petrol.

Reacting to the NNPC’s zero allocation notice, Mohammed said: “You have just heard that the NNPC said that they will not be able to give money to FAAC. I don’t know the amount of chaos that would cause because most of the states are depending on the Federation Account.”

He attributed the downturn in the economy to what he described as the cluelessness of the All Progressives Congress (APC)-led administration.

According to him, it is “because of the cluelessness and lack of capacity to manage the economy that we have found ourselves in this. There is even a blame game between the members of the party within the APC.”

Mohammed told reporters after the National Executive Committee (NEC) meeting of the Peoples Democratic Party (PDP) in Abuja that the PDP, if given a chance in 2023, would not be arrogant with power.

“So, I think we are not going to be arrogant. We know the mistake we committed before and we have taken steps to correct them. We are presenting to Nigerians the better framework, better platform for them to really actualise their aspirations,” he said.

The Bauchi state governor said that the task before the PDP is to ensure unity within its rank ahead of the 2023 general election.

Meanwhile, analysts on Thursday called on the federal, state and local governments to prioritise their spending and be more creative in generating internal revenue as a way of coping with the hard times heralded by dwindling revenue from the Federation Account.

The analysts, in separate interviews with THISDAY, also urged sub-national governments to defer expenditures that could be delayed till the revenue situation improves as well as to develop measures that would help boost internally generated revenue (IGR) in the states.

They spoke against the backdrop of a letter, dated April 26, 2021, by the Nigerian National Petroleum Corporation (NNPC) to the Accountant-General of the Federation, Mr. Ahmed Idris, that it will not be able to remit any funds to the Federation Account in April for distribution in May, in a bid to recover about N120 billion spent on petrol subsidy.

The analysts called on states to look inwards and come up with ingenious plans to boost their revenues by encouraging more investments as well as creating an enabling environment for businesses.

They stated that the announcement by NNPC about not remitting revenue to the Federation Account was particularly “very worrisome.”

Managing Director/Chief Executive, Dignity Finance and Investment Limited, Dr. Chijioke Ekechukwu, said it was high time the government recognised the need to change fiscal allocation policy and allow the states to be self-sufficient and self-sustaining.

He said the development was an indication that the federal government needed to allow the pump price of petroleum products to be determined by demand and supply and “not by any meeting with the labour union.”

“But it is also a time for these governments to look inwards and harness other sources of revenue to cushion the effect,” added.

He said the development should be of concern to Nigerians, especially civil servants at the state level as salaries would either be delayed or not paid, adding that a shortfall in projected revenue will also affect states’ capacity to pay contractors handling various projects.

Uwaleke said the situation would “adversely affect the distributable revenue for the months that NNPC is unable to remit money to the Federation Account due largely to rising under recovery costs or fuel subsidy.”

“This is because the NNPC is a major contributor to that pool. The others are the FIRS, Customs and to a little extent, Ministry of Solid minerals,” he added.

According to him, given the situation, state governments should reprioritize their spending and make salary payment a priority.

On his part, Managing Director/Chief Executive, SD&D Capital Management Limited, Mr. Idakolo Gbolade, said the non-remittance by NNPC would constrain the federal government to meet repayments of due obligations, including salaries, counterpart funding and debt repayments.

He said the states would also not be able to pay salaries and service local debts, adding that there will be increased insecurity of jobs and life, should the trend persist.

According to him, the states should look inwards and evolve ingenious plans to boost their revenue by encouraging more investments as well as create an enabling environment for businesses to thrive.

He added that the states should also energise the local economy by encouraging businesses, especially SMEs with incentives to increase their capacity.

In his contribution, a Senior Lecturer at the Department of Economics, Pan-Atlantic University, Dr. Olalekan Aworinde, said printing of money as disclosed recently by the Governor of Edo State, Mr. Godwin Obaseki, should not be considered.

“This issue of subsidy, I have always said is a fraud because there are a lot of people that would not bring in petrol products but are being paid subsidy claims. Oil as a matter of fact cannot solve our problem; there is the need for the government to diversify. There is a need to improve the state of infrastructure as well as the Ease of Doing Business in order to attract the much-needed foreign investors.

The Director-General of the Lagos Chamber of Commerce and Industry, Dr. Muda Yusuf, said the unfolding scenario was troubling and described it as the consequences of the perpetuation of an unsustainable subsidy regime.

Yusuf said if the NNPC became incapacitated because of the burden of funding subsidy, the implications for states and local government would be dire.

“Infrastructure spending will suffer serious setbacks across all levels of government, payment of salaries will be at risk, fiscal deficit may escalate and debt sustainability issues will be aggravated.

“It is thus imperative to come up with a creative and innovative exit strategy from the subsidy regime. It is also important to address the fiscal federalism question to reduce the current high dependence of sub-nationals on the centre.”

Also, the Managing Director of BIC Consultancy Services Limited, Dr. Boniface Chizea, said the zero remittance from NNPC to the Federation Account in May would affect the three tiers of government to the extent that they are allowed to feel the shortfall.

Chizea said the only way the impact could be minimised was to borrow from the Central Bank of Nigeria (CBN) to make up the shortfall.

He said the fact that the NNPC contributed N 96.86 billion, N64.16 billion and N41.184 billion to the Federation Account in January, February and March respectively was sufficient alert for remedial steps to have been envisaged.

“A back of the envelope calculations gives the average contribution from the NNPC over the three months at about N60 billion. So, if this shortfall cannot be made up, we can assume that the states collectively would experience a shortfall of N60 billion in their allocation which could approximate to N1.5 billion allocation to beneficiary entities,” Chizea said.

He added that public servants would have a course to worry because state governments’ inability to pay salaries would worsen the hardship in the land and might precipitate macroeconomic instability.

Chizea said complete removal of subsidy was the only solution to forestall future recurrence.

“We have been on this matter for a very long time now. But the political will has been lacking to push this through. One of the first requirements for subsidy removal is that the major oil marketers will take over this responsibility for supplying petrol. There is a glimmer of hope for an end to the payment of subsidy from consideration of the fact that Dangote has 650,000 barrels a day refinery,” he said.

In his contribution, Managing Director of Cash Express Limited and a licensed Bureau De Change Operator, Mr. Josaphat Madueke, said the situation would affect the economy depending on the percentage of the NNPC’s contribution to the Federation Account and the amount of savings the government could fall back on.

Madueke said: “It means that the month of May may be tough for the foreign exchange market if it affects the ability of the CBN to fund the market. But, it is a bad omen, whichever way one looks at it.” 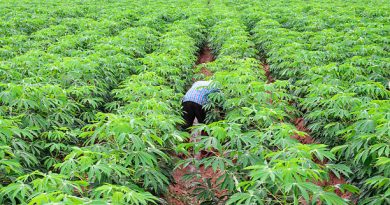 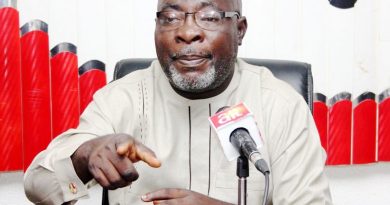