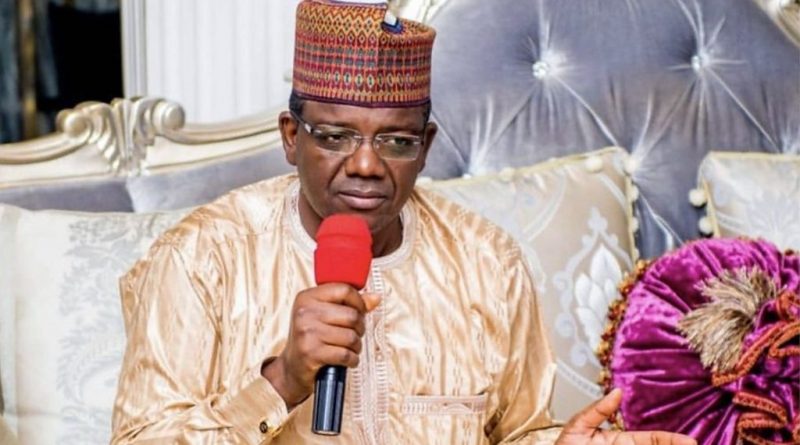 The long-running conflict which has killed tens of thousands of people, displaced more than two million and spilled into neighbouring countries, is featured on multiple fronts, worsening as it seems, Nigeria’s security challenge.

The latest attack came barely a day after the release of over 200 students abducted in Jangebe town in Talata Mafara Local Government Area of the state.

In the country’s northwest, gangs of so-called bandits are increasingly being involved in mass abductions, often targeting boarding schools located outside towns and cities.

We Recall on Friday, gunmen abducted nearly 300 girls from their school in Jangebe village, in Zamfara state. Governor Bello Matawalle announced their release early on Tuesday. The previous week, 42 people, including 27 students, were taken from a boarding school in Niger state. They were released on Saturday.

Just on Monday, fighters attacked the town of Dikwa, east of Maiduguri and home to more than 100,000 people, including tens of thousands of already internally displaced persons.

There was no immediate claim of responsibility for the attack on Dikwa, but Borno has suffered frequent attacks by Boko Haram and its splinter faction, the Islamic State of West Africa Province (ISWAP).

The criminal gangs behind the abductions seem to not be driven by ideological motives but by financial gains. Between June 2011 and March 2020, at least $18m was paid to kidnappers as ransom, according to a report by SB Morgen.

Meanwhile, frequent clashes between farmers and semi-nomadic herders have left thousands of people dead, and in some years caused more fatalities than the conflict involving Boko Haram.

As the theatre of war is seemingly shifting from Boronu to Zamfara, President Muhammadu Buhari has declared Zamfara a ‘no-fly zone’ and banned all mining activities in the state.

The National Security Adviser, Major General Babagana Monguno (rtd), who announced this on Tuesday in Abuja, explained that it was part of measures to tackle the security challenges witnessed in the north-western state.

He made the disclosure to State House correspondents after a five-hour National Security Council meeting presided over by the President at the Presidential Villa in the nation’s capital.

General Monguno also stated that all non-state actors have been placed under surveillance as the Federal Government will not hesitate to use kinetic means to restore normalcy in the country.

The NSA also said the President in the meeting gave a marching order to the new service chiefs to reclaim all areas under the control of bandits, insurgents, and kidnappers, informing that 358 special police forces have been deployed by FG to the state to tackle banditry.

Meanwhile, Governor Bello Mohammed Matawalle says he is not at variance with the Federal Government regarding the declaration of ‘No-Fly Zone’ in Zamfara.

“This decision that was taken is very very good and what all Nigerians are looking for is how the bad elements can be flushed out from all corners of the country.”

Borno State Governor Babagana Zulum has called on the Federal Government to seek support from neighbouring countries in the fight against insurgency.

Zulum said this on Wednesday at the North East Governors’ Forum held in Bauchi, the state capital, noting that joint action is required to end the insurgency.

“Again, I want to use this opportunity to call on the Federal Government to seek support from our neighbours, especially the Republic of Chad and Niger with a view to providing a joint action that will look into the possibility of ending this crisis.

“Furthermore, Federal Government has to look into the possibility of employing mercenaries with a view to ending this insurgency.

The precarious deficit the country is experiencing in securing Nigerians has pressured Nigeria’s President Muhammadu Buhari to ordered security agents to shoot anyone illegally possessing sophisticated weapons such as AK-47, his spokesman, Mallam Garba Shehu, has said.

The presidential directive came just as governors of the six states in the North-east, the epicentre of insurgency in Nigeria, unfolded plans to set up a joint security agency to combat insecurity in the zone.

President Buhari’s SSA on Media and Publicity, Garba Shehu told the BBC in an interview on Wednesday that the president also directed a clampdown on bandits who have refused to surrender.

Giving further insights into efforts to battle banditry that’s prevalent in the North-west, Shehu quoted the president as ordering the deployment of kinetic warfare against the outlaws.

“The president has ordered security forces to go into the bushes and shoot whoever they see with sophisticated weapons like AK-47.

“He ordered that whoever is seen with terrible weapons at all should be shot immediately,” he said.