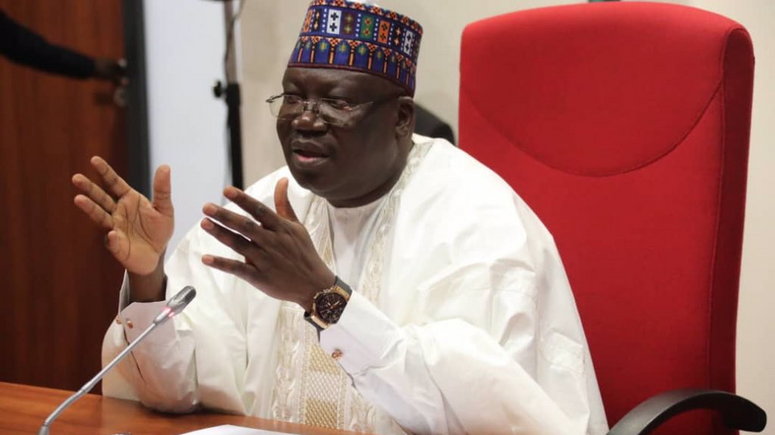 The Nigerian Senate on Tuesday called on President Muhammadu Buhari to address the nation as soon as possible on the #EndSARS protests going on across the country.

This formed part of the resolutions reached by the lawmakers during Tuesday’s plenary at the upper chamber of the National Assembly in Abuja, the nation’s capital.

They stressed the need for the President to urgently address Nigerians, especially the protesters on the issues raised and appealed to all Nigerians to resort to the use of legal institutions to resolve disputes and conflicts.

The senators also urged all tiers of government to put in place and sustain policies of socio-economic reforms that would raise the standard of lives of the people.

They called on the police to operate strictly in accordance with the rules of engagement appropriate in a democratic environment.

The Senate also asked the Inspector General of Police, Mohammed Adamu, to ensure a holistic comprehensive reform of the police.

According to them, this should be aimed at increasing the overall welfare of police personnel, including training and medical insurance of all members of the Force.

The lawmakers, however, urged the Nigerian youths and the citizens to approach the National Assembly Committees on Constitution and Reforms, in order to secure far-reaching holistic amendments that were vital to the restructuring of the nation.

They asked the #EndSARS protesters to kindly, in the interest of everyone, stop their actions, and embrace genuine dialogue.

The Senate also resolved to, “Urge the Federal Government to faithfully and comprehensively implement all the five demands of the #EndSARS movement and protesters with necessary timelines to rekindle confidence in the government.”

They asked the police to make it a duty to accompany protesters and get involved in protecting genuine protesters.

These resolutions followed a motion on the #EndSARS protests and the need for comprehensive police reforms.

Senator Biodun Olujimi from Ekiti State sponsored the motion while citing Order 42 and 52 to seek the leave of the Senate to take the action.

The motion enjoyed the support of majority of the lawmakers present at the plenary, including the Deputy Senate President, Ovie Omo-Agege, and the Minority Leader, Senator Enyinnaya Abaribe.