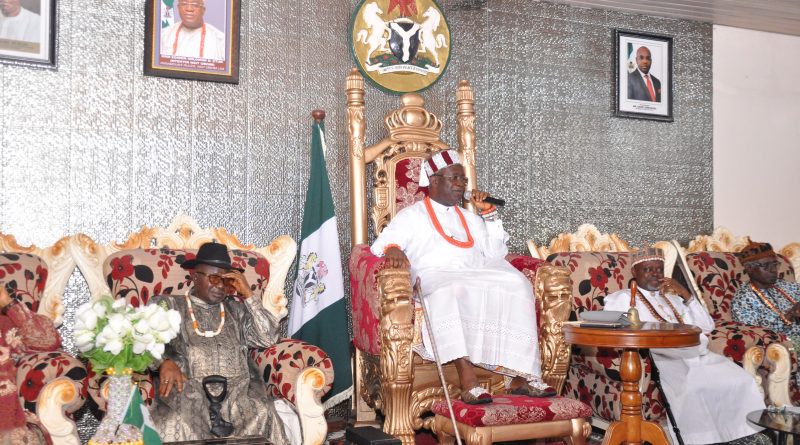 The patriarch of Ibibio people worldwide, Oku Ibom Ibibio and President General of Ifim Ibom Ibibio His Eminence, Solomon Daniel Etuk has called on the people of the Niger delta region to remain their brother’s keeper and stop unnecessary bickering.

The Oku Ibom who is the Paramount Ruler of Nsit Ubium local council and doubles as Chairman, Akwa Ibom State Council of Chiefs stated this in a press statement made available to newsmen in uyo yesterday.

“It is quite worrisome to observe the uncharitable display of distrust, wrangling and throwing of brickbats against the decision of President Muhammadu Buhari, in appointing an Interim Administrator for the Niger Delta Development Commission (NDDC) in the person of Barr. Effiong Okon Akwa.

“We view the protests by the agitated youths and some groups in the region as ill-informed. It is not healthy at all and clearly depicts as an exhibition of bad faith, brazenly displayed against a fellow Niger Deltan from Akwa Ibom State”.

The paramount ruler described the action some persons who openly challenge the authority of President Muhammadu Buhari, to have appointed Effiong Okon Akwa, not minding the wisdom behind his appointment and the widespread demand for a realistic forensic audit of NDDC as illogical, selfish and uncalled for.

He further explained, “As traditional fathers, we are concerned, hence our decision to rise to the occasion and advise our agitated youths and groups in the Niger Delta to be mindful of our region’s corporate interests and welfare by allowing the thread of brotherhood to permeate.

“As a bonafide indigene of Niger Delta from Akwa Ibom, Barr. Effiong Okon Akwa is eminently qualified to be so appointed by the Presidency. For the records, Akwa Ibom is the leading oil producing state in Nigeria with 504, 000 barrels of crude oil production daily, topping the chart with 31.4 % against eight (8) other states in the Niger Delta of Nigeria.  Harbouring a sense of entitlement in the region by some sections against others in the Niger Delta should be jettisoned as it is capable of undermining and threatening the unity, security and development of our depraved region despite being the nation’s bastion of oil and gas wealth.

“We make a passionate appeal to our royal colleagues across the states and our established platforms – the South-South Monarchs’ Forum and the Association of Traditional Rulers of Oil Mineral Producing Communities of Nigeria (TROMPCON) to offer counsel to our youths and political leaders not to overheat the polity.

“We also appeal to all stakeholders and politicians in the Niger Delta to put the interest of the region above self and avoid being drawn into unnecessary wrangling that can cause uproar in Niger Delta, which we have painstakingly worked to ensure peace and stability.

“As stakeholders, development is largely dependent on us. The overall interest of our region should be our major concern and not ethnic, tribal or primordial sentiment. Let us support the Interim Administrator for the period he is assigned to oversee the forensic audit. The successful accomplishment of the audit exercise will set a new pace for the commission and ensure that the objectives for its establishment are fully accomplished.

He commended President Muhammadu Buhari, for appointing Mr Effiong Akwa whom he described as a capable hand towards fixing the NDDC having witnessed the Commission’s inglorious past pledging their collective support on measures to reposition the region.

He equally appeals to the Federal Government through the Ministry of Niger Delta Development Commission to complete the East West Road, effect the construction of the Calabar-Itu-Ikot Ekpene Highway, the Ogoni Clean Up exercise, the railway project for Niger Delta region and other key projects earmarked to accelerate development in the region being the goose that lays the golden eggs for the nation. 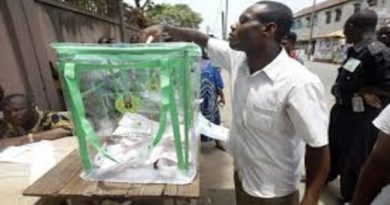 INEC says “Anambra Election Conduct was our most Challenging” 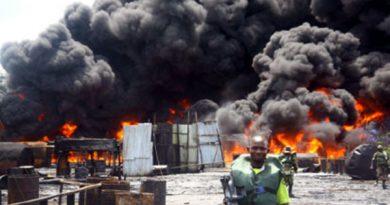