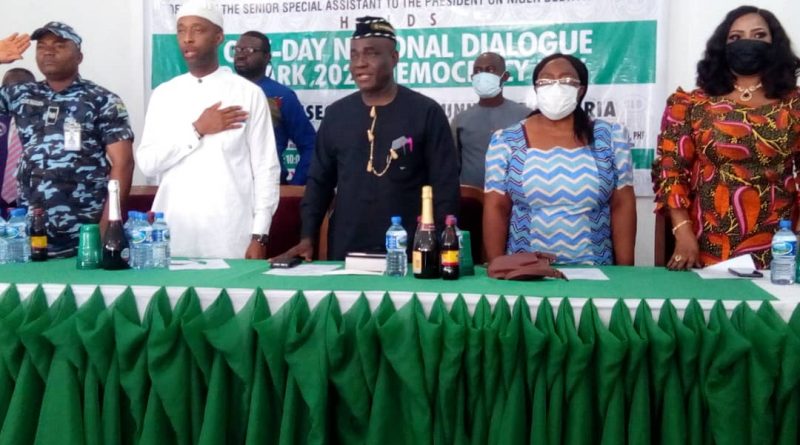 The Senior Special Assistant to President Muhammadu Buhari on Niger Delta Affairs, Senator Ita Enang, has appealed to leaders at every level of government to desist from profiling the youths with derogatory identifications like cultists, or criminals.

According to him, such would give them low self esteem thereby making them toughen their minds and want to be what people say they are.

He made this remark during a National Dialogue to mark 2021 Democracy Day organized by the Civil Liberties Organizations [CLO] in conjunction with the Office of Senior Special Assistant to the President on Niger Delta Affairs, held at the Image House in Uyo, Akwa Ibom state.

“We should not profile them as criminals or cultists nor such derogatory and demeaning appellations that gives them low self or societal esteem.

“Doing so ostracizes them and emboldens them to form camps, carry arms and do the worst. This please is in view of the peculiar times, and not the norm for all times. We should not profile or stigmatize them”, he said

The Senator advocated for a national dialogue every five years to tackle the problems bedeviling the nation, as the National conference would allow different sections of the country to ventilate their grievances.

According to him, the dialogue would help the six geo-political zones in the country express their grievances and reach a compromise that would help move the nation forward, stressing that the voice of discord and discontent across the country was getting louder and needed to be addressed.

Enang said the national conference would not take over the functions of the government but serve as feedback from the people.

“The voices of discord are getting louder and it may be time to allow Nigerians to dialogue with each other by whatever arrangement. It was like this under Jonathan Presidency in 2013 when President Jonathan convened that 2014 confab and that political temperature was tamed and calmed”, he said.

Enang who also called for a dialogue with the youths, added that profiling and tagging them criminals was responsible for youth restiveness witnessed in the country, and blamed the government for using and abandoning them without providing jobs for them.

The SSA supported the ranching policy being advocated by the Federal Government, and kicked against open grazing, saying it was responsible for the current high cost of food stuffs in the market.

“One of the matters causing mutual ethnic suspicion and insecurity, namely Land use and farmer herders clashes and the attendant effect on imminent food shortage and loss of livelihood. The solution to the farmers herders’ clashes is strict adherence to the Law and agreed policies consistent with the Law.

“Therefore, the question of making laws banning open grazing or not does not arise again because this has already been outlawed by the Constitution of the Federal Republic of Nigeria, 1999, and the Land Use Act, 1978 which has now been again ingrafted into the 1999 Constitution as part thereof. The Land Use Act in addressing this issue provided in Section 6 that the Local Governments may establish, make out and gazette grazing reserves to provide fodder for goat, sheep, cattle, pigs and generally for raising animals, fisheries and integrated farming.

“Therefore, there is no contention on this matter as a solution to the Security and economic problems posed by the farmers – herders clashes and destruction of farmlands,” he stated. 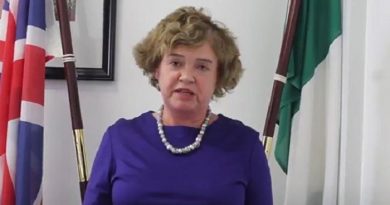