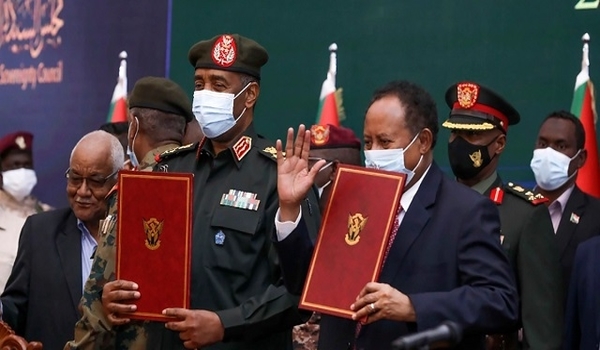 The deposed Prime Minister Abdalla Hamdok signed on Sunday a political declaration, which included reappointing him as prime minister. The signing ceremony of the declaration was aired live on Sudan’s official TV.

The declaration comprised of 14 items, most notably reappointing Hamdok as prime minister, considering the constitutional document as the constitutional reference for the transitional period, releasing of the political detainees, completing the transitional period institutions, and investigating the killing and injury of civilians and military personnel during the recent demonstrations.

The declaration specified the task of the Sovereignty Council to supervise the transitional period without interfering in the executive tasks of the government.

Al-Burhan addressed at the signing ceremony that the political declaration is the real foundation for the transitional period, vowing to complete the course of transition until reaching free and fair elections.

On his part, Hamdok urged the political forces to work together to overcome difficulties, saying “we need to unify the forces of the people to build a solid democratic system.”

Sudan has been suffering from a political crisis after Al-Burhan declared a state of emergency on Oct. 25 and dissolved the Sovereign Council and cabinet. On Nov. 11, Al-Burhan issued a constitutional decree forming a transitional Sovereign Council, naming himself as chairman of the council.

Consequently, the capital Khartoum and other cities have witnessed huge demonstrations in rejection to the measures of the army commander.

A civilian-military transitional authority was established in Sudan following the ouster of the government of former Sudanese President Omar al-Bashir on April 11, 2019. 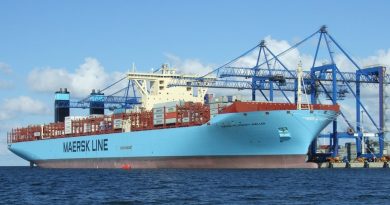 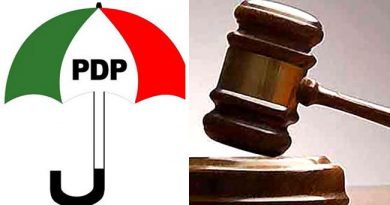