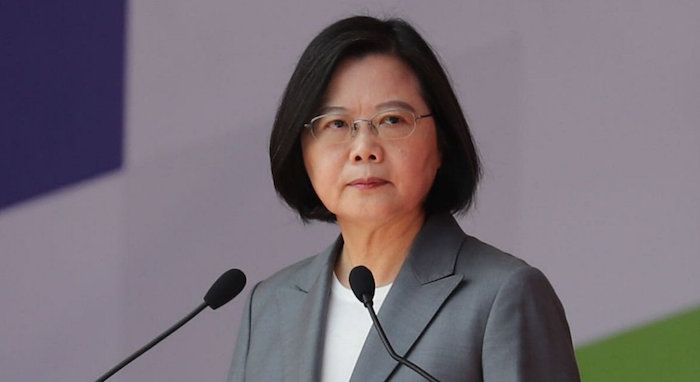 Taiwan’s president, Tsai Ing-wen on Sunday called for the maintenance of the political status quo in a forthright speech which acknowledged rising pressure from China

Addressing a rally held to mark Taiwan’s National Day, Tsai said on Sunday that she hoped for an easing of tensions across the Taiwan Strait.

She said her government will not “act rashly”, but said “there should be absolutely no illusions that the Taiwanese people will bow to pressure”.

“We will continue to bolster our national defense and demonstrate our determination to defend ourselves in order to ensure that nobody can force Taiwan to take the path China has laid out for us,” Tsai said. “This is because the path that China has laid out offers neither a free and democratic way of life for Taiwan, nor sovereignty for our 23 million people.”

“This is because the path that China has laid out offers neither a free and democratic way of life for Taiwan, nor sovereignty for our 23 million people.”

Under Xi, Beijing has stepped up military and political pressure on Taiwan to accept its rule.

Known formally as the Republic of China (ROC), Taiwan is a democratically governed island that lies about 161 kilometres (100 miles) off the coast of mainland China.

The two sides have been ruled separately since the end of the Chinese Civil War in 1949, with Chiang Kai-shek’s defeated nationalists setting up its government in Taipei and Mao Zedong’s communists establishing the People’s Republic of China in Beijing.

Beijing views Taiwan as a breakaway province and tensions have risen to their highest under Xi, who broke off official communication with Taipei following Tsai’s election five years ago.

Beijing calls Tsai a separatist who refuses to acknowledge that Taiwan is part of “one China”.

Tsai, who is overseeing a military modernisation programme to bolster Taiwan’s defences and deterrence, repeated on Sunday an offer to talk to China on the basis of “parity”.

She said Taiwan’s goodwill will not change and it will do all it can to prevent the status quo with China from being unilaterally altered.

Tsai went on to warn that Taiwan’s situation is “more complex and fluid than at any other point in the past 72 years”, and said that China’s routine military presence in Taiwan’s air defence zone has seriously affected national security and aviation safety.

Tsai, who rarely directly singles out China in her public speeches, asserts that Taiwan stands on the front lines of defending democracy.

The island has strengthened its unofficial ties with countries like Japan, Australia and the U.S. in the face of these tensions. “But the more we achieve, the greater the pressure we face from China. So I want to remind all my fellow citizens that we do not have the privilege of letting down our guard,” she said.

Surveys show the Taiwanese overwhelmingly favour their current de-facto independent state and strongly reject unification with China, which claims as part of its national territory to be brought under its control by military force if necessary. Taiwan has evolved into a vibrant democracy while China remains a deeply authoritarian, sing-party Communist state.

Tsai said Taiwan wanted to contribute to the peaceful development in the region even as the situation becomes more “becoming more tense and complex” in the Indo-Pacific. 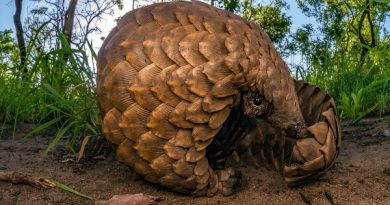