Akwa Ibom State governor, Udom Emmanuel, has called on politicians in the state irrespective of political affiliations, not to allow such cause them to veer off the path of nobility, and should not motivate to destroy the best in the state, just to satisfy the political paymasters.

He made the call in his broadcast to the state as Akwa Ibom celebrate its 34th years anniversary.

The Governor, in the broadcast tagged “our moment to deepen our unity, development, peace and onward movement is here. Let us seize it”, said the state can achieve a lot when the people are united.

“Why do we appear to be propelled by the destructive impulses or the negating spirit to pull one another down?

“Why have we raised to a disturbing level, the sad and shocking tendencies to de-market our State, and present our Symbols of Authority in an unsanitized manner?

“Our founding fathers were united in love, shaped by the enabling ideals of unity, and propelled by the endless possibilities each felt and believed we were capable of appropriating in unison.

“My fellow Akwaibomites, politics will come and politics will go, but the Akwa Ibom spirit and blood that flows in us all will endure and flourish.

“Political foes you see today may be political allies tomorrow. May our Only God continue to strengthen the bonds of our unity and draw us closer to one another in truth and in spirit, Amen.

“I want to urge us all to once again wrap ourselves up in a garment of unity.” the Governor said in a state broadcast Thursday to mark the anniversary of the state creation”.

The Governor said in the past six years spent so far in office, he has created impact in the areas of industrialization, infrastructural consolidation, education and human capital development, food sufficiency and agro-allied concerns, health care delivery for our people, ease of doing business through land, sea and air, power, aviation development, youth reorientation and empowerment, and rural development.

“All the three Senatorial Districts and ten Federal Constituencies, have been deeply impacted by the economically viable roads we have constructed.”

The Governor challenged youths in the state to look inward and see what they can legitimately do, to lift themselves and live productive lives.

“Akwa Ibom youths are very skilled in technology and I urge them to bond themselves together, and come up with ways they can seize the vast opportunities provided by the internet to provide services that will help expand their growth and development.”

The Governor said his administration has done exceedingly well, given the resources available to move the State forward in all indices of development.

“The question is: Should we allow these great foundations of growth, most of which are flourishing already and others soon to bear fruits in the hands of those who may not see beyond what we see today?

“We need to protect these gains by ensuring that the man, whom God will choose as my successor, would be able to continue from these layers of growth and further expand our developmental strides and growth.

“As the politics of 2023 beckons, we must be conscious of the moving forward as contained in our State Anthem “forward ever backward never”.

“This State will continue to go forward; we the proud heirs and heiresses of our forefather’s hopes and dreams will still ensure that our unity, our development, and our onward movement remain non-negotiable articles of faith,” he said.

The future of the State, he said is assured and in God’s own hands. “It is safe, it is secure, and it is assured.” 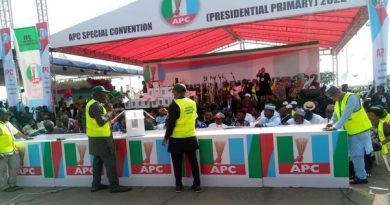 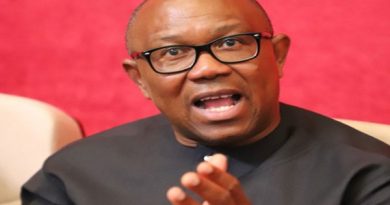 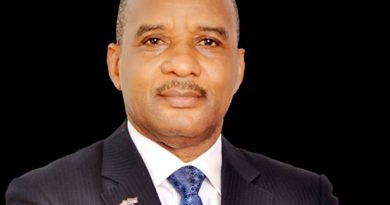