Speaking at the occasion yesterday, the Governor said that, as a responsible federating unit, Akwa Ibom state government would continue to support federal institutions to function properly in the state.

“The pitiable situation of the barracks caught my attention when I came on inspection with the then Commander of 2 Brigade. What I saw was very disturbing and I decided that I will change the story of this barracks for good.

“Today we are witnesses to the new aura of this barracks as we commission the phase 2 of my interventions here in this barracks. I decided to add the water scheme to help the residents with their water needs and improve the living conditions of the residents.

“I have been told of the issues relating to power unavailability in the barracks and I’m determined to do something about it, by next year this time, we will be here again to commission the power infrastructure”, he said.

Responding, the Commander, 2 Brigade Nigerian Army, Brig. Gen. FU Mijinyawa, on behalf of the Chief of Army Staff, Lt, Gen Tukur Brutai, expressed appreciation and gratitude of the leadership and men of the brigade, on the qualitative  and prompt delivery of the projects.

He thanked the Governor for his consistent care and concern for army personnel in the state.

Earlier, the state Commissioner for Housing, Mr. Raphael Bassey, whose ministry supervised the reconstruction of the barracks, said that standards were strictly observed in the execution of the entire reconstruction.

The second phase of the reconstruction comprised 84 houses for soldiers of the rank of corporal and below, in addition to the houses earlier commissioned, bringing the total number to 168.

The wife of one of the beneficiaries, Mrs. Isah, thanked the Governor for giving them a comfortable accommodation and good drinking water, noting that, before the Governor’s intervention, their houses were leaking and life was very difficult. 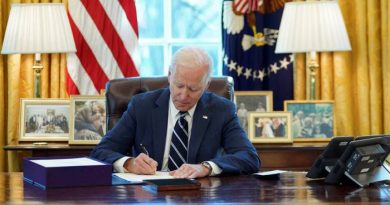