The United States says the first shipment of military aid promised by President Joe Biden to Ukraine amid the standoff with Russia has arrived in Kyiv.

Late on Friday, the US embassy in Kyiv tweeted photos of a consignment it said had just arrived from the US, with “close to 200,000 pounds of lethal aid, including ammunition for the front line defenders of Ukraine”.

The shipment demonstrated Washington’s “commitment to helping Ukraine bolster its defenses in the face of growing Russian aggression”, the embassy said on Twitter.

Top US and Russian diplomats agreed on Friday to keep talking in the standoff over Ukraine, even though their meeting produced no movement in the worst security crisis to emerge between Moscow and the West since the Cold War.

Russia has massed tens of thousands of troops at the Ukrainian border and Western allies have also been supplying weaponry and equipment to Ukraine.

“Today Ukraine is at the forefront of separating Europe from the military conflict with Russia,” said Estonian Defence Minister Kalle Laanet. “Let´s face it — the war in Ukraine is ongoing and it is important to support Ukraine in every way we can so that they can resist the aggressor.”

President Sauli Niinistö of Finland said he spoke with Russian President Vladimir Putin by phone on European security and Ukraine, saying it was “imperative to preserve peace in Europe,” according to his office.

President Recep Tayyip Erdogan of NATO member Turkey, which touted its strong ties with Russia and Ukraine, renewed an offer to mediate between the two countries. Erdogan said he plans to visit Kyiv next month, adding that he would also hold talks with Putin.

Russia has further upped the ante by announcing more military drills in the region. It also has refused to rule out the possibility of military deployments to the Caribbean, and Putin has reached out to leaders opposed to the West.

Moscow denies it is planning an invasion of Ukraine, and instead accuses the West of plotting “provocations” in the country, citing the UK’s delivery of weapons in recent days.

Russia wants binding security guarantees, including a permanent prohibition on Ukrainian membership in NATO, to which Kyiv aspires, and the removal of most of the US and allied military presence in eastern Europe.

Washington, Brussels, and NATO have rejected these demands and warned that any attack on Ukraine would have costly consequences.

As Russia flexes its muscles in the Baltic, Sweden prepares for the worst
After their talks in Geneva on Friday, US Secretary of State Antony Blinken told his Russian counterpart, Sergei Lavrov, the US would give Russia written responses to Moscow’s proposals next week.

Blinken said the US would be open to a meeting between Putin and President Biden if it would be “useful and productive”. The two have met once in person in Geneva and have had several virtual conversations on Ukraine that have proven largely inconclusive.

After the meeting, Blinken spoke by phone with Ukrainian Foreign Minister Dmytro Kuleba and reaffirmed US support for Kyiv’s sovereignty, stressing that no decisions would be made without his country’s input, State Department spokesman Ned Price said.

Biden plans to spend the weekend huddling with his national security team at Camp David, the White House said.

Meanwhile, Germany will send a field hospital to Ukraine amid the security crisis between the West and Russia, the country’s defence minister said on Saturday — while ruling out military aid for now.

Christine Lambrecht said in an interview with the Welt am Sonntag newspaper that the field hospital will be delivered in February, with training for staff provided, at a cost to Germany of €5.3 million.

“We have already provided respirators,” the minister said, adding that Germany was already treating in German hospitals Ukrainian soldiers seriously wounded in the conflict in eastern Ukraine.

“So we are standing alongside Kyiv. Now we should do what is within our power to defuse the crisis,” Lambrecht said. However, “the delivery of weapons would not currently contribute” to achieving such a goal, she added.

This position formed a “consensus within the federal government” led by Olaf Scholz, the defence minister said.

Germany’s refusal to send weapons to Ukraine contrasts with the positions of the UK, Poland and the Baltic states. The defence ministers of Estonia, Latvia and Lithuania issued a statement saying they received US approval to send Stinger air defense missiles and Javelin anti-tank missiles to strengthen Kyiv’s defences.

Russia is demanding security guarantees from the US and NATO, including a permanent ban on Ukraine joining the Western military alliance. It denies planning to invade Ukraine despite deploying tens of thousands of Russian troops along the border.

Lambrecht described as a “red line” for NATO the right of each sovereign state to decide whether to join, saying Russia had no veto. But the West was ready for dialogue with Moscow and to take Russian interests into account, she said.

Germany’s defence minister also had a warning for Russia over Mali, saying the arrival of Russian mercenaries from the Wagner group “will have consequences”.

The West believes several hundred Russian mercenaries have been deployed in the centre and north of the West African country, where Germany has around a thousand troops stationed as part of the United Nations peacekeeping MINUSMA mission.

“Moscow will not succeed, by sending mercenaries, to persuade the West to retreat almost automatically everywhere where Russia does not want to see us. We will not back down, we will not make things so easy for the Russians,” Christine Lambrecht said.

Russia denies its government is linked to the Wagner group, whose activities in several countries have caused controversy. But the unit has been linked to a businessman close to Vladimir Putin.

Lambrecht also appealed to Mali’s military junta to ensure conditions were good if it wanted Germany to retain its presence in the country. Bamako refused permission this week for a German army plane to fly over its territory on its way to Niamey, the capital of Niger. 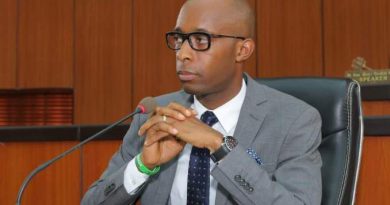 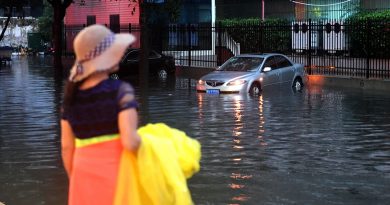