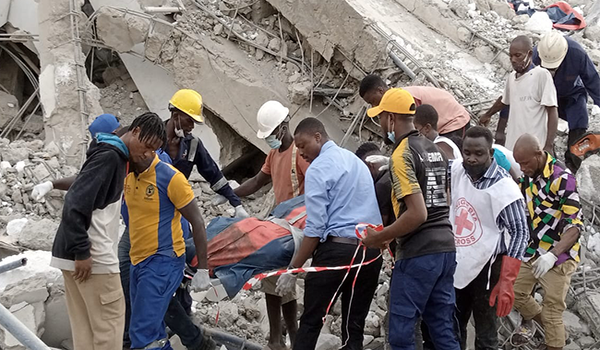 The death toll in the 21 story building that collapsed in the Ikoyi area of Lagos has now risen to seventeen as more survivors are rescued hours after the incident. So far, about 9 victims have been rescued from the site of the building.

Out of the nine survivors, six are presently at the emergency ward of the Lagos General Hospital, Odan, while the remaining 3 were given first aid treatment and discharged on the site yesterday.

LENS reported earlier the incident which occurred on Monday afternoon along Wesley Road in the commercial hub of the nation.

The death toll and number of survivors has risen on Tuesday as rescue efforts continued through the night.

According to the spokesman for the National Emergency Management Agency (NEMA), 13 more bodies have been recovered.

He added that five more persons trapped under the rubble have been rescued by emergency responders at the scene.

This brings the total figures of those killed and rescued so far to 17 and 10 respectively.

The Deputy Governor of Lagos, Dr Obafemi Hamzat, who visited the site amid tight security, explained that the premises of the collapsed building has been sealed by the government agency in charge of testing, for more investigation into the integrity of the structure.

Meanwhile, the Chairman of the Nigerian Institute of Architects, Lagos State Chapter, David Majekodunmi has lamented that unfortunate incidents such as this should not have happened if authorities had done what was expected of them.

“My first impression is that the country is in a mess. We are in a mess because if we have done what we are supposed to do, either on the private or government side, we wouldn’t be having this kind of incident.

“Like it’s said by (Femi) Falana, the renowned lawyer, about six or seven weeks precisely where we have all the allied professionals in the construction industry together, he said ‘we should stop talking about building collapse; go and search yourselves, what is your regulatory building doing? Your regulatory body is supposed to regulate things like this,” said Majekodunmi.

He added, “Looking at this, you can’t determine what is actually the cause of the collapse. In a nutshell, we are standing in front of the signage which is supposed to be a prerequisite at a site.

“You cannot see the name of the architect, the structural engineer, and other consultants. But there is so much going on on the platform where the number written on all these consultants happens to be the developer. 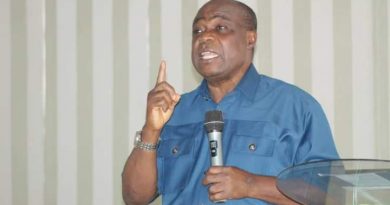 2023 Guber: Only the best, popular candidate will emerge in Akwa Ibom_ Iniama 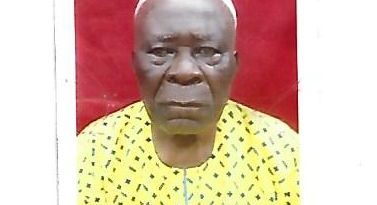 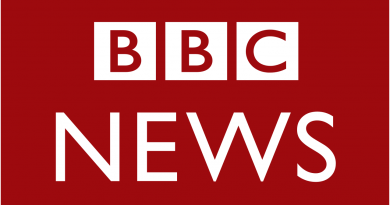