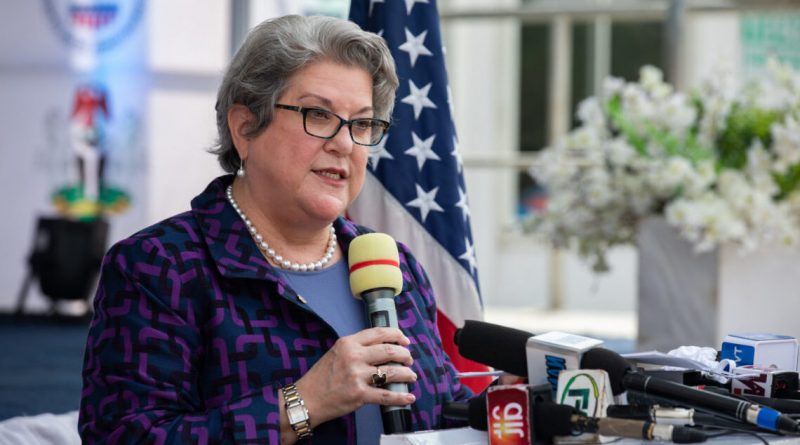 The United States is assuring that Nigeria will not end up like Afghanistan, that’s been taken over by the Taliban.

US ambassador to Nigeria Mary Leonard while speaking with journalists in Abuja, on Monday said the type of insecurity experienced in Afghanistan cannot happen in the West African country.

Nigeria’s security situation is worsening daily as the country currently battles the Boko Haram insurgency, bandit attacks that have left hundreds of school pupils kidnapped and other forms of criminality.

These brazen attacks have led to some Nigerians expressing fear that the situation in Afghanistan may serve as a morale booster for Boko Haram and other terrorists in Nigeria to take over the country, with many also calling on the federal government to take actions to forestall such plans.

Following the withdrawal of US troops from Afghanistan after over 20 years, the country fell to the Islamist group, Taliban, after the insurgents seized several provinces and took over Kabul, the country’s capital.

“I hear people making the analogy with Afghanistan a lot, it does not match up. When you listen to what President Biden said on how troops went to Afghanistan in the first place, it was because they were in a horrible tragedy, over 3,000 Americans were killed,” Mrs Leonard said.

“That is a different construct. The sovereign nations have had strong bilateral relations. I don’t actually think the two match up.”