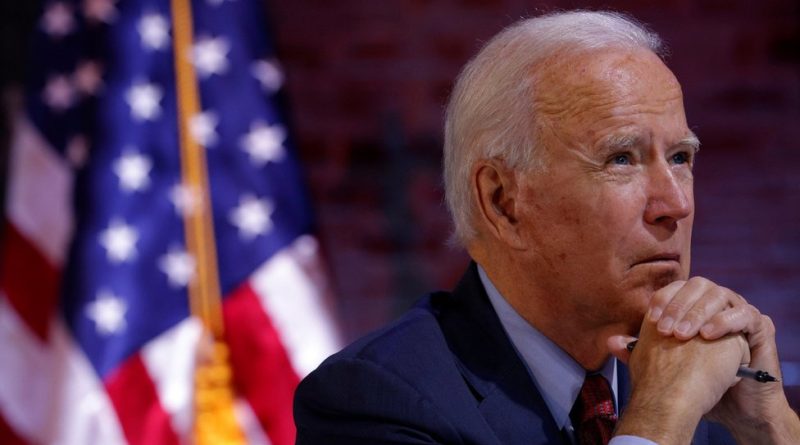 More than 500,000 people in the United States with coronavirus have died, according to Johns Hopkins University data, the highest death toll by far of any country in the world.

The country reached the harrowing tally on Monday, just about a year after the first known death was reported in the state of California.

President Joe Biden has addressed the nation as the US passed the figure of 500,000 Covid-related deaths, saying: “This nation will smile again.”

“Today, we mark a truly heartbreaking milestone – 500,071 dead,” US President Joe Biden in the company of vice-president, and their spouses, said after a moment of silence was observed on Monday evening outside the White House, which was lighted by hundreds of candles representing those who have died.

“As a nation, we can’t accept such a cruel fate. We have to resist becoming numb to the sorrow,” he said

.”We often hear people described as ordinary Americans,” he went on to say. “There’s no such thing, there’s nothing ordinary about them. The people we lost were extraordinary. They span generations. Born in America, emigrated to America.”

“That is more Americans who have died in one year of this pandemic than in World War I, World War II, and the Vietnam War combined. That is more lives lost to this virus than any other nation on earth,” Biden said.

“But as we acknowledge the scale of this mass death in America, we remember each person and the life they lived. They were people we knew, or people we feel like we knew.”

US President Joe Biden and his wife Jill Biden attend a candle lighting ceremony to commemorate the 500,000 COVID-19 deaths in the US, at the White House on February 22.

COVID-19 infection rates have started to drop as the Biden administration ramped up vaccinations and put more public health restrictions in place to try to stem the spread of the virus.

But on Sunday, Dr Anthony Fauci, the country’s top infectious disease expert, said while case numbers are decreasing rapidly from a recent peak, Americans need to remain cautious as the US has not vaccinated enough people to reach herd immunity yet.

“We haven’t seen anything even close to this for well over 100 years, since the 1918 pandemic of influenza. It’s something that is stunning when you look at the numbers – almost unbelievable, but it’s true,” Fauci said in an interview with NBC’s Meet the Press programme.

“The slope that’s coming down is really terrific – it’s very steep and it’s coming down very, very quickly. But we are still at a level that’s very high,” he said.

“The baseline of daily infections is still very, very high … We want to get that baseline really, really, really low before we start thinking that we’re out of the woods.

US legislators from both the Republican and Democratic parties will hold a moment of silence in Congress on Tuesday to mark the sombre tally of 500,000 coronavirus-related deaths.

The president ordered all flags on federal property to be lowered to half mast for the next five days.

Biden also ordered all flags on federal buildings and military installations to be lowered to half-mast until sunset on February 26 which is five days.

The president has pledged to take a more aggressive approach to get the pandemic under control than his predecessor, Donald Trump, who downplayed the threat of the virus and the need to enact strict public health guidelines.

He promised to administer 100 million coronavirus vaccine doses in his first 100 days in office, and he is pushing Congress to pass a $1.9 trillion COVID-19 relief bill that he said will provide much-needed assistance to hard-hit families.

On Sunday, White House National Security Adviser Jake Sullivan said the Biden administration also needs “to take a variety of steps to look at the previous administration’s response to the pandemic and what lessons we need to learn to make sure that never happens again”.

Sullivan also said the US wants to see a “credible, open, transparent international investigation led by the World Health Organization” into the pandemic.

The Biden administration has criticised China after reports surfaced that Beijing had refused to provide raw data to the WHO in the organisation’s probe into the origins of the virus.

Meanwhile, as of Sunday, the US had distributed slightly more than 75.2 million vaccines across the country, according to the US Centers for Disease Control and Prevention (CDC).

More than 18.8 million people had received two doses of the vaccine, while another 43.6 million had received one dose.

Al Jazeera’s Kristen Saloomey, reporting from Washington, DC, said Biden appears to be on target to meet his goal of inoculating 100 million Americans in his administration’s first 100 days.

But she said there have been some issues with getting jabs administered once the vaccine doses reach US states.

“There’s still a lot of people who need to get those vaccines and a lot of issues that need to be worked out, but the fatality rate and the infection rate here in the United States [have] fallen quite significantly in recent days, so there is reason to hope,” Saloomey reported.

On Friday, Newsom said California’s COVID-19 positivity rate was at 3.1 percent, down from 9.9 percent a month earlier, while hospitalisations and intensive care admissions were down to 39 and 35 percent, respectively.

.As at the time of filling this report, confirmed US infections now stand at 28.1 million, also a global record. 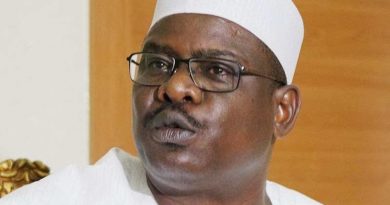 FG to Cushion Impact of Hike in Prices of Petroleum; Electricity