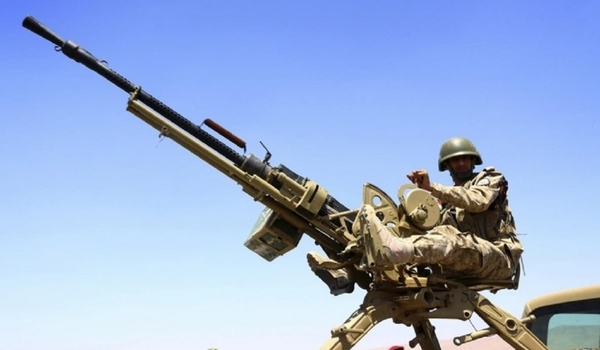 The Wall Street Journal (WSJ) has described how the Nigerian military paid cash to buy back an anti-aircraft gun that posed a threat to President Muhammadu Buhari, who flew through the endangered airspace to his hometown, some 80 miles away.

The report alleged that kidnapping gangs that encamped in Nigeria’s Rugu forest had seized the anti-aircraft gun during a clash with a military unit. It stated that the ransom, almost $50,000 in crisp Nigerian banknotes, was paid to retrieve the weapon.

Soldiers, intelligence officers, and mediators, who had visited the kidnapping camps, described a surfeit of ammunitions, which included more anti-aircraft guns acquired since the mission to buy one back.

A statement issued by the Director of NAF Public Relations and Information Air Commodore Edward Gabkwet said that there is absolutely no iota of truth in the spurious allegation circulating on social media which is designed to cast aspersions on the good image of the Service.

Commodore Gabkwet stated that the said report is totally false and should therefore be taken as fake news and disregarded.

The statement read, “The attention of the Nigerian Air Force (NAF) has been drawn to reports alleging that the NAF, through one of its personnel, paid the sum of N20 million to armed bandits operating in Jibia Local Government Area (LGA) of Katsina State in exchange for an anti-aircraft gun allegedly seized.

“There is no basis for the NAF to pay bandits or any criminal elements that it has continued to attack and decimate in Katsina State (and) other parts of the North-west,” the statement said.

It said despite the allegation, NAF conducted air interdiction in the area recently.

“The report went on to state that the reason behind the payment was to retrieve the anti-aircraft gun which, it alleged, the NAF feared could be used against aircraft operating within Katsina State.”

NAF said there was no iota of truth in the allegation, adding that it is designed to cast aspersion on the service.

It alleged, “The said report is totally false. It should therefore be taken as fake news and disregarded. Indeed, we ordinarily would not have responded to such baseless and utterly illogical allegation but for the need to set the record straight as well as reaffirm the NAF’s unflinching commitment to decisively dealing with the armed bandits and all other criminal elements.”

NAF stated further, “For the avoidance of doubt, it must be stated that there is no basis for the NAF to pay bandits or any criminal elements that it has continued to attack and decimate in Katsina State, other parts of the North-west as well as other Theatres of Operation in the country.”

But the foreign journal maintained, “Criminal factions appear to be better equipped with larger-capacity advanced weaponry than national security agencies,” quoting a confidential internal report presented to the president in July.

WSJ further alleged that over several months, the militant leader had agreed to part with the truck-mounted 12.7-millimeter anti-aircraft gun in exchange for the ransom.

“His men had plenty more ammunitions,” he was quoted to have said.

“I don’t need the army’s weapons,” according to an officer, whose account was corroborated by another senior Nigerian official involved in the previously undisclosed mission, the report said.

“If they don’t pay, we kill them,” a militant leader in Zamfara State, Shehu Rekeb, was quoted to have said in a phone interview.

His men were herdsmen, he said, who had been mistreated by the state and subjected to arbitrary arrests.

Once armed with machetes, they now have weapons on par with the military and collaborators inside the army, he was quoted to have claimed.

More so, the report disclosed that in forests in the North-west, the loosely organised criminal gangs that raised funds by kidnapping school children were now flush with arms, cash and operating beyond the reach of an increasingly fragile state.

In some instances, government officials in Africa’s most populous nation have been paying the gangs to return stolen weapons and kidnapped personnel, WSJ said, citing confidential documents and interviews with senior military officials, soldiers and independent mediators, and one of the gang leaders.

The New York-based newspaper narrated how during one of the incidents, masked men emerged from the forest on motorbikes, surrounding a young intelligence officer clutching a cash-filled bag.

It said, “An hour later, the officer, who declined to be identified, was clasping hands with a leader of a diffuse network of criminals, whose campaign of kidnapping civilians—including hundreds of schoolchildren—has raised millions of dollars to build an arsenal of heavy weaponry they are using to wrest control of swaths of the north, including the president’s home state.”

Nigeria’s government—still battling Islamic State militants in the northeast—refers to the lesser-known criminal groups in its North-west as “bandits”, the WSJ report said.

The report said one official, who had reviewed intercepts of bandit leaders’ communications, described how the militants spoke of accumulating weapons to defend themselves from rival gangs and from government-backed vigilantes and to conduct increasingly brazen operations against schools, villages, state officials and each other.

The bandits have seized more than 1,000 children from their schools this year. Thousands of schools have closed in a country, where half the population is under 18 and which has become home to the world’s largest population of out-of-class children

Farmers have abandoned their land or sold it to purchase their children’s freedom, sending the price of corn, rice, and beans to new highs. Hundreds of villages have been deserted, after fighting that has left a quarter of a million people homeless.

“My son has been captive in the forest for months,” said Bulus Kwoi, whose firstborn was one of 140 students abducted from Bethel Baptist School in Kaduna in July. “Please, will you give us the money to free them?” he appealed.

Most of the bandits are from the Fulani ethnic group, a traditionally cattle-rearing society, whose herdsmen have been fighting for years with farmers over access to dwindling grazing lands.

The report also alleged that more recently, some herdsmen had reorganised into kidnapping gangs, seizing everyone from villagers to prominent politicians.

Confident that they hold the upper hand, the bandits have called in to talk radio stations to boast of their weaponry and have invited journalists to photograph their stockpiles, WSJ reported.

The Nigerian Police last month said they arrested three suspects in the kidnapping of students from Bethel Baptist School in Kaduna State.

In the past three months, bandits have been blamed for abducting political leaders and Catholic priests, and for regular killings of policemen. In July, the air force said a pilot was shot down over the Rugu forest after attempting an airstrike on bandit encampments there.

The report said bandits were a distant priority for United States policymakers focused on Nigeria’s jihadist threat, though American officials said they had intercepted calls from suspected Islamist militants in the northeast, who were advising bandits in the North-west on kidnapping operations and negotiations.

The Nigerian military opened a new offensive last month, bombarding forest encampments with airstrikes from US-delivered jet fighters. The government ordered cell phone reception suspended across four states, cutting off tens of millions of residents, as part of a military offensive that some officials claimed was succeeding.

Villagers have paid bandits do not to kidnap their children, intensifying a protection racket. Unable to defend communities, the governors of three northern states have told citizens to pick up weapons, fuelling a local business of fashioning muskets from scrap metal.

“Hardly a day passes by without a person being killed or kidnapped. No single day,” Governor of Katsina State, Aminu Bello Masari, had said.

“It’s very important for the people to rise up,” he added.

WSJ reported that the mission to buy back the anti-aircraft gun began with a handoff from a high-ranking air force intelligence officer in Abuja: a black zip-up bag he alleged was full of N20 million.

It was given to the young intelligence officer tapped to exchange it for the anti-aircraft gun the bandits had seized in an area, where Buhari frequently flew to visit his hometown of Daura.

According to the report, “The officer flew to the town of Jibia on the border with Niger, where a dozen armed men emerged from the forest to meet him. They escorted him on motorbikes into the thickening forest for hours, arriving at the home of their leader, a wiry man in his 30s, who collected the sack.

“While the bandits began disassembling the antiaircraft gun and attempting to strap it to a wobbling motorbike, their leader aired a series of grievances against the state: Vigilantes had kidnapped his father, young men could no longer earn a livelihood rearing cattle, and airstrikes were killing civilians in his camps. “You are bombing us from the air,” he said. “You are killing our children.”

His fighters were conducting reprisal operations against vigilantes and the army, which had helped them accrue a huge weapons stockpile, he said.

Eventually, WSJ said, the bandits strapped the antiaircraft gun across two motorbikes and began to wheel it out of the camp. “They made it look so simple,” the air force officer said. “They made it feel casual.” 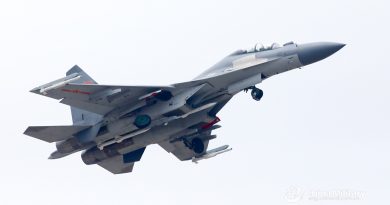 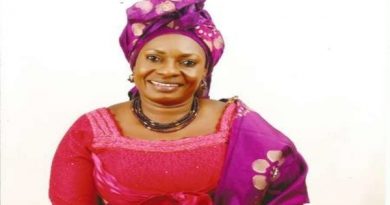